The end of photoshopped advertisements 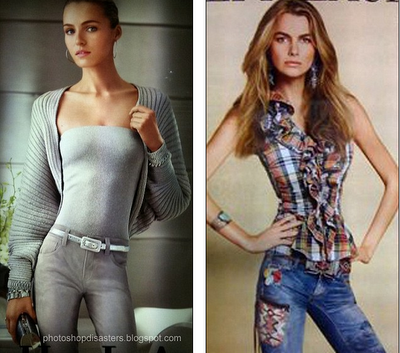 Photoshop is one of the Internet’s eternal hate-issues.

It is  no secret that advertisers and magazine producers use Photoshop extensively to make their models look thinner, sleeker and blemish free. But, because it helps people make money, it’s probably not going anywhere.

That hasn’t stopped sharp-eyed, anti-Photoshop activists from launching online petitions and boycotts, joining blogs that are devoted to ending the visual distortions the program helps promote.

A trio of representatives has been quietly working toward a more official type of action.

It’s called the “Truth in Advertising Act,” and it was introduced in late March by Reps. Ileana Ros-Lehtinen (R-FL), Lois Capps (D-CA) and Ted Deutch (D-PA) with vocal support from organizations like the Eating Disorders Coalition (EDC) and the Brave Girls Alliance (BGA).

Legislation was recently introduced into Congress by Seth Matlin who published an op-ed on The Huffington Post titled “Why Beauty Ads Should Be Legislated.” He called for integration from the Federal Trade Commission (FTC) to regulate the use of altered images in commercial advertisements.

If passed, the Truth in Advertising Act of 2014, would require the FTC to develop what’s called a “regulatory framework” for advertisements that make significant changes to a model’s image through digital retouching such as Photoshop.

Per the bill’s introductory language, it’s intended “to direct the Federal Trade Commission to submit to Congress a report on the use, in advertising and other media for the promotion of commercial products, of images that have been altered to materially change the physical characteristics of the faces and bodies of the individuals depicted.”

“We can no longer sit by and allow this to happen,” said Matlins. “Ads that take Kim Kardashian’s body and make it Miley Cyrus’s” should prompt “regulatory action.”

The bill does not directly advocate an immediate ban on photoshopped advertisements, but rather calls attention to the negative effects on the well-being of consumers.

These effects include unrealistic images of women in advertising that often get blamed for an increase in eating disorders and body image problems among young girls exposed to this type of media.

According to The National Institute on the Media and Family, the medical statistics point to a problem: 53 percent of 13-year-old girls are dissatisfied with their appearance and body image. When they reach age 17, the number jumps to 78 percent.

“People shouldn’t have to change their lifestyles because of an advertisement they saw in a magazine. Photoshopped advertisements are obviously unrealistic, and for a girl to feel the need to change themselves for an image that isn’t even real is just absurd,” said sophomore Erika Marshall.

Supporters  from the EDC argue that glossy magazines and print ads featuring unrealistically thin and beautiful women can cause problems for young girls’ self esteem and should be regulated to offer a more realistic image.

“Social media enforces the image that for a woman to be beautiful, you cannot have flaws. That is entirely not true and rather  impossible. Everyone has flaws that shouldn’t be hidden or photoshopped to promote a ‘perfect’ image for advertisements,” said sophomore Sydney Cho.

When asked about the absence of involvement of the publishing industry, Matlins said, “It will not solve, nor address, every single problem that affects the way we feel about ourselves, that affects health and happiness. Our bill is not a First Amendment issue, because we’re not going against things that are universally protected.”

“The bill is a great idea. Businesses need restrictions on how much refurbishing and photoshopping can be done on an image. It’s definitely a step in the right direction,” said sophomore Alex Singer.