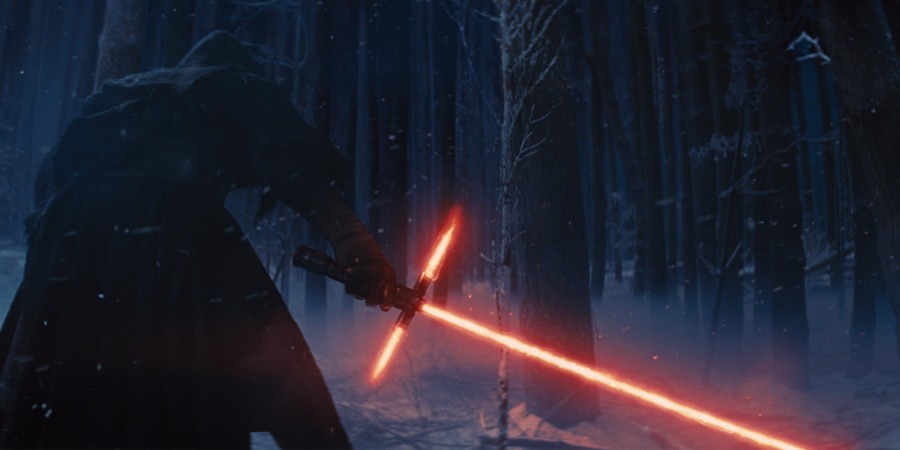 A new Vader-esque Sith Lord reinvents the Empire, calling it the First Order.

In order to trick a powerful, force-wielding Sith Lord in control of the Empire, secret plans are hidden in a droid. The droid must travel to a barren land and brave the sand dunes to return the information to the rebels. An unknowingly powerful potential Jedi, whose parents are gone, finds the droid and completes his mission.

This is the familiar premise of “Star Wars: A New Hope.” And, incidentally, it also happens to be the premise of the newest addition to the saga, “Star Wars: The Force Awakens.”

Unoriginality is this movie’s paramount crime. The plot followed a similar course to the old ones. The Death Star is back. It’s bigger this time, but it can still be defeated in just about the same way it was the last two times. There is one difference, but it’s literally nominal. Instead of the Rebellion, it’s the “Resistance.” And, instead of the Empire, it’s the “First Order.”

The story arc was more of a plateau with a couple bumps for action sequences and to stretch out the time. Most interactions had predictable outcomes, and when there was a significant twist, it didn’t make a lot of sense.

Too much time was spent savoring old memories, and not enough was left to shape a new story.

The new characters were refreshing but seemed more like plot devices than dynamic people. How they got the rare skills that ensure their survival remains a mystery.

Overly-hyped, the success of this film rested neatly on the success of its predecessors. It was as if they thought they could break the box office if they just hinted that Han Solo and Leia would be back. And it worked. The film made a record $57 million on opening night. Unfortunately, the previous success of the Star Wars franchise raised expectations for the new movie, and it sadly fell short.

Disney did an impressive job of preventing leaks, but it only covered up a slow plot and rehashed ideas.

Five minutes before the end, the writers seemed to realize that a significant part of the conflict was still unresolved. They sloppily tied it up in a way that could have been completed halfway through the movie.

“Star Wars: The Force Awakens” will have you on the edge of your seat, waiting for it to get good.