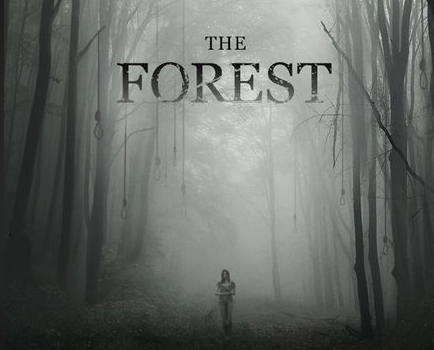 "The Forest" is a haunting tale of the Aokigahara Forest at the base of Mt. Fuji.

“The Forest” is a supernatural horror movie that follows Sarah Price, a young American woman, on a quest to find her twin sister who has disappeared into the Aokigahara “suicide” Forest in Japan.

The forest she entered is said to be filled with the souls of those who have taken their lives there, and these souls exploit the sadness in the hearts of those who enter and make them see horrible things until they eventually take their own lives.

Many Carlmont students have chosen to boycott this movie because of its controversial topic.

“I am boycotting ‘The Forest’ because as a person who has gone through and seen people go through suicidal and self harm kind of experiences, I can strongly say that it is not the right content to portray in a horror movie. I think this topic of the forest could have been portrayed well in a documentary, but portraying it as a horror movie is offensive,” said sophomore Ogden Asmar.

Asmar also said, “It reinforces the incorrect idea that people who commit suicide are bad and evil and they’re scary.”

Suicide is an epidemic in Japan. According to BBC Tokyo, about 70 people take their own lives everyday in Japan.

The Aokigahara Forest is a real place at the base of Mt. Fuji. People still go there to commit suicide to this day. According to Lyle Brennan from Daily Mail, as many as 100 bodies are found each year.

“I don’t think this movie is honoring those who have passed at all,” said Asmar.

I had heard the buzz, I had seen the tumblr posts, and I was fully set on boycotting the movie; so, I went in with rather low expectations. I was prepared for a racist, insulting film that perpetuated a negative outlook on mental illness rather than bringing light to an important issue.

I thought this movie was made overly scary in order to cover up a lack of plot depth. Things jump out at the audience a lot. It was scary just because of the shock of something jumping out at you, which should not be the goal of a horror movie.

It started out very fast paced, but the pace slowed very quickly. Though, I will admit this movie offered some very good acting and a few good plot twists.