‘The Fountains of Silence’ highlights values of truth and discovery 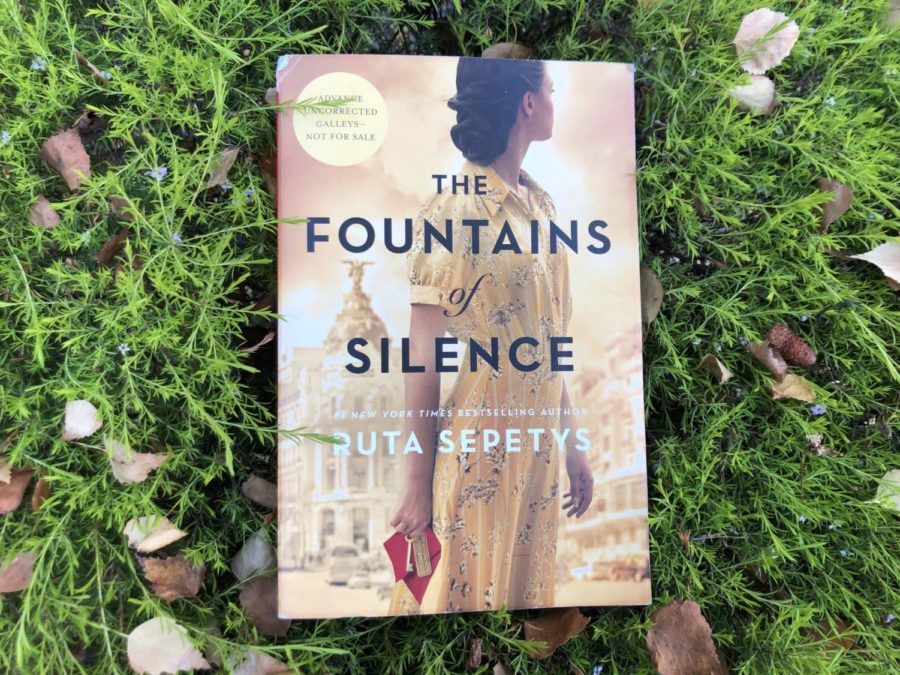 The end of World War II. Hitler’s surrender. The return of U.S. troops. A happy ending.

For us, at least.

But for the Spaniards, their suffering was only beginning.

Ruta Sepetys’s new book “The Fountains of Silence” follows the lives of four characters, three Spanish and one American, as they navigate fascist controlled Spain and attempt to find their truths.

Daniel is the son of a Texan oil tycoon, yet he doesn’t want to take over the business; he wants to become a photojournalist. When traveling to Spain with his family, he crosses paths with Ana, a maid at the Hotel Castellana Hilton. She and her family suffered hardships as a byproduct of the 1936-1939 Spanish Civil War. As the book goes on, they discover the implications of the effects of the Spanish Civil War had on their family while under General Franco’s dictatorship.

Told from four perspectives, “The Fountain of Silence” paints a picture of Spain from all angles, tearing off the facade presented at the time and uncovering the truth that was never meant to be known.

First off, Ruta Sepetys has written yet another fantastic historical fiction book that manages to keep the historical factor relevant. Many books of this nature focus more on the character’s plights and forsake the historical climate of the setting, but this book never lets you forget the period it was written in.

Personally, I really enjoyed that aspect, especially after reading so many books that forgot the importance of the historical climate, but the plot of this book hinges in the historical aspect.

However, for someone craving a fast-paced book, this isn’t the book for you, as the plot is well thought out. It takes a while to get into the heart of it, but in my mind, it’s well worth the wait.

As it is with her other works, Sepetys has written this book in a way that makes it easy to digest and internalize, and give the heavy topic she is working with, that’s pretty amazing. The tone is also more lighthearted than I’d expect, but for this to be a young adult novel, I suppose that was necessary.

There’s a particular element of curiosity that I didn’t expect before reading the book that I appreciated a lot. In this period where information was restricted, the characters’ thirst for the truth added that element of a young adult novel it needed.

That curiosity they showed made it easier to connect to the book, especially as a teen in the political climate we are in. Questioning the validity of what we’re being shown and told is something that many are currently doing, so being able to draw those connections while reading drew me into the novel.

Having all these elements in the book, I think, is a good thing, but it does mean that the book is rather long. I read it in chunks, so that wasn’t a problem, but given the topic, it might be a bit heavy to read all in one go.

All in all, because of its complexity and relatability, “The Fountains of Silence” is a great read, and I highly recommend it for those who also enjoy a strong historical element.