‘The Gift’ that keeps on taking 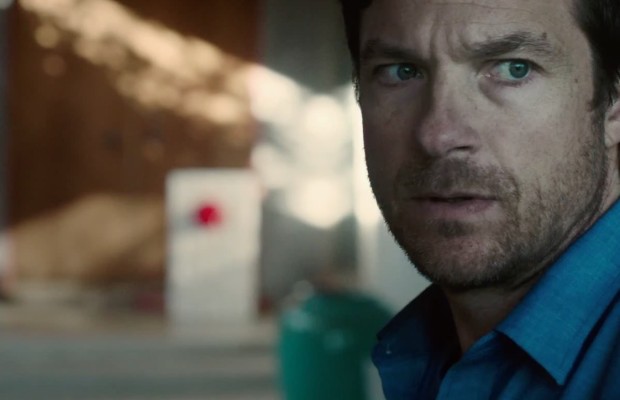 Gatorade drips enigmatically. The shutters slap each other aggressively. The hallway stretches excessively.

On the spectrum of horror, “The Gift” (R) is hard to place. It is incomparable to other thrillers because of its ultimately tame screenplay, lacking blood and gore. And yet, it is widely unsettling. I wouldn’t watch it again.

In an anxiety-driven, hard-to-live-in atmosphere, every subtle implication sets the viewer on edge. Mundane shots of empty rooms are suddenly ever more anticipatory. But, it’s usually the pure and innocent who face terror in horror films.

Not so the case in this flipped thriller.

The story begins with an event that is seemingly coincidental. Adults who attended school together meet again when Simon (Jason Bateman) moves back to his hometown. The strangeness mounts as the old schoolmate persists to intrude Simon’s life.

He justifies his “happenstance” meetings with gifts. The nature of such hospitality is questionable, but why?

Simon is a model of success, living in an expensive house with a loving wife and on his way to promotion. Gordo (Joel Edgerton), the schoolmate, seems not to have made it out of high school. He works odd jobs and keeps up a curious front.

The wife, Robyn (Rebecca Hall), suffers the most anxiety in relation to the unwelcome guest. The couple plots to discover the intentions behind Gordo’s pressing niceness, and when the ice breaks, the audience discovers that Gordo harbors a deep-seated, justifiable resentment for Simon which spirals into a twisted plot.

We are set up to believe that this tale is like any other thriller. The victims are innocent and the perpetrator flawed. It does seem as though this will keep up, but all the while, there’s something off about the whole film.

Underneath an effortless facade of success and complacency, the victims hide their own faults. As the story progresses, Simon reveals himself to be more and more disagreeable.

The realization that Simon is the true bad guy actually detracts from the mystery. Suddenly it is just a sad film about a kid who was bullied in high school and got carried away when he ran into his aggressor 20 years later.

Besides the crisp, polished cinematography, “The Gift” consists mainly of its plot, which is stretched to the point of stress on the viewer’s part and unsatisfying on the whole.

The scenes are too natural, too realistic. Yet, they leave you expecting something more. When is Gordo going to jump out from behind a curtain with a knife, like we would expect from any other thriller?

The majority of the film is spent on anticipation, and when the trigger is finally pulled, it is disappointing. Still, there is a notable psychological element involved.

The gratification is not worth the wait in “The Gift.”