‘The Girls I’ve Been’ reveals the struggles of teenage life 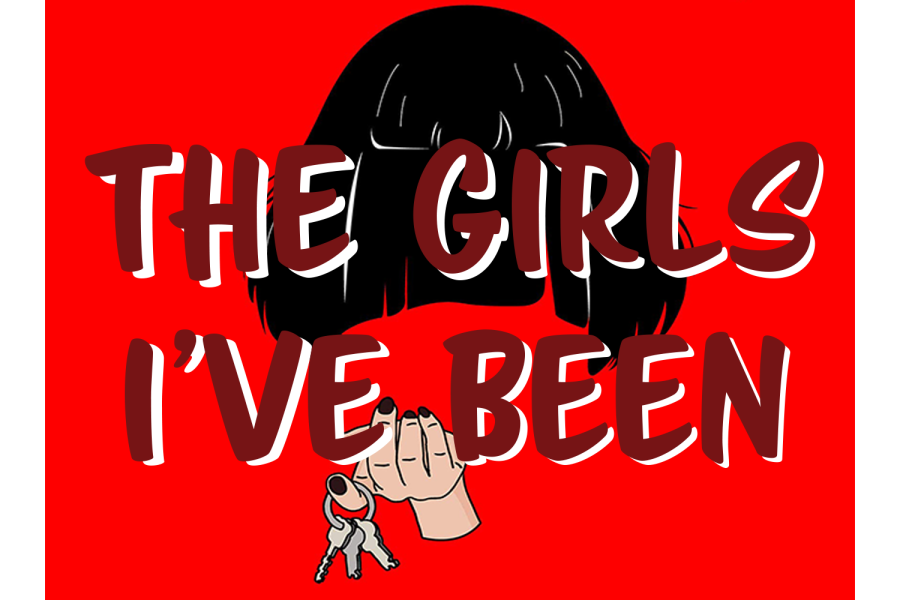 Tess Sharpe's "The Girls I've Been" provides witty commentary on teenage life, crime, and family in an exciting thriller of a story.

I am rarely ever a fan of books with morally gray protagonists. I find them difficult to relate to, and relatability — to some degree — is something I look for in books. Characters who regularly commit crimes but have honorable intentions are ones that I hardly ever find appealing.

That being said, “The Girls I’ve Been” by Tess Sharpe is at the top of my recommended list.

The book explores the hardships of teenage life while also using its story to address abuse, violence, and harassment. Sharpe creates a complex world of crime and corruption hidden behind brunette hair dye and a fake name.

Reading the synopsis on the book’s inside cover, I thought I knew what to expect from this book: another series of a million crimes excused by the “But I was born this way” trope that’s so overused in young adult fiction. However, once I got to the third chapter, it was clear that this book was better than that. Rather than taking a half-baked story and throwing it into a beat-up box, hastily taping it together with poorly-filled plot holes, and wrapping it with messy endings, this story turned the teenage criminal trope into something unique.

This suspenseful thriller of a book features a con artist’s daughter who wants to escape her past and live a normal life. Most people don’t have as many identities as she does. Most people don’t have the tools, both physically and mentally, to get out of a bank heist gone wrong. Nora O’Malley has both of those things… but wishes she didn’t.

Growing up as her mother’s protégé was one thing. Standing up to her ex-partner’s abusive father was another. Getting said ex-partner, current girlfriend, and the most valuable hostage out of a bank without anyone getting hurt is a whole other thing entirely. And yet, Nora manages to do all of it and more.

Putting a twist on the typical con artist’s daughter idea, the victims of Nora’s mother’s cons were all criminals themselves, rather than unsuspecting targets who did not deserve it. I thought this was interesting; it wasn’t necessarily a great thing, but it added good detail to the plot. Finding a character in this book who isn’t at least somewhat morally corrupt is difficult. Compared to other books I’ve read, this was a refreshing take on the classic con artist trope.

The time spent describing Nora’s transformations between identities developed the plot exceptionally well, giving the reader a sense of her struggles and the complexities of her life. Creating parallels between her transformations was especially creative, and I liked seeing how Nora matured in each one. Although the conditions became more dire as she grew older, they were well-written and established an elaborate connection between her life experience and the world.

I also liked the characters’ complexities, in addition to how great the plot was. Although all of them are Caucasian, they still demonstrate a range of diversity and experience. A total of five characters are part of the LGBTQ community: Nora herself, Iris, Lee, one of Nora’s former friends, and Agent North. This is one of the more diverse books I’ve ever read in terms of romantic identity, and I’m glad to see that fiction is branching out this way. I liked that although being LBGTQ was integral for a few characters, wasn’t the main focus of their stories; it wasn’t there for the sake of being there.

The characters come from a range of backgrounds, and I thought the differences in their experiences and how they handle situations were interesting. No two people are alike, and this stayed true in the story as well. Nora’s insistence that she isn’t “normal” is just one example; Iris’s carefully hidden identity from her mother and Wes’s escaping tactics are others. The subtle hints about Lee’s background and current habits were an interesting touch and really illustrated the effects of psychological abuse that people don’t talk about often.

“The Girls I’ve Been” was one of the most exciting and thematically complex novels I have ever read. It was a thrilling and highly enjoyable read, and I can’t wait to read what else Sharpe has to say about the world.