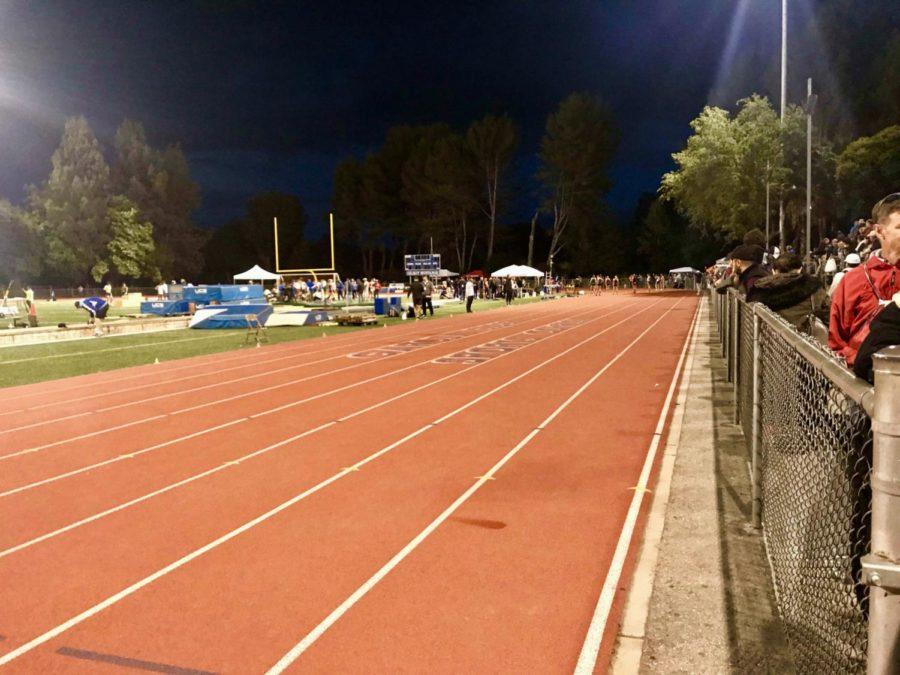 The field where Carlmont's 4x400 relay team got third place twice in a row and this place helped them qualify for state finals.

All of these events were held at the CIF/CCS trials on Saturday, May 19 at Gilroy High School in Gilroy, California.

Going into the semi-finals, Carlmont had a few team members participating at this event.

Sadly, not everyone qualified for CCS finals.

“There was a lot of competition, like Ryan Wilson’s 800m or Caleb Metzler’s 1600m. There were a few surprises, especially when Ryan Wilson of Carlmont did not make the 800m finals,” said 3200m runner who ran at the trials Justin Hsu, a junior.

According to athletic.net, a sports website that consists of Carlmont’s track and field stats, Jonovan Kuhn (10th), Caleb Ahn (11th), Ryan Wilson (12th), and Tanner Anderson (12th) got third place in the 4x400m relay which means that they qualified for the CCS finals.

Behind the stats and scores from the trials, the relay team ran with different members than the ones they ran with at PALs.

“This was my third time running at CCS trials. I was fairly confident I would move on, but I was still a little bit nervous. We brought Jonovan Kuhn and Caleb Ahn to run with Tanner Anderson and me. It was the first time running together but to our luck, it worked out perfectly. We ran a 6-second season-best and won our heat to qualify for finals,” said 4×400 relay runner Ryan Wilson, a senior.

Some team members will also be running other events, besides their relay.

Tanner Anderson, a senior, will also be running the 800m at the CCS finals.

The CCS finals were also held at Gilroy High School but on Friday, May 25.

Each heat consisted of at least 8 or more runners from the schools that qualified which was a lot less than the trials.

“Everyone was counting on me to get a big lead and I got kind of nervous but I knew I was still going to get a good time for us to get top three and we did. Out of all of the schools in our race, we got third place so we qualified for state. After the race, my teammates and I felt really good about what we will do at state,” said 4×400 runner, sophomore Jonovan Kuhn.

Luckily, Carlmont is going to have a team to represent them in the CIF Track and Field State Championships at Buchanan High School in Clovis, California.