‘The Last Dance’ for the first time: Week five 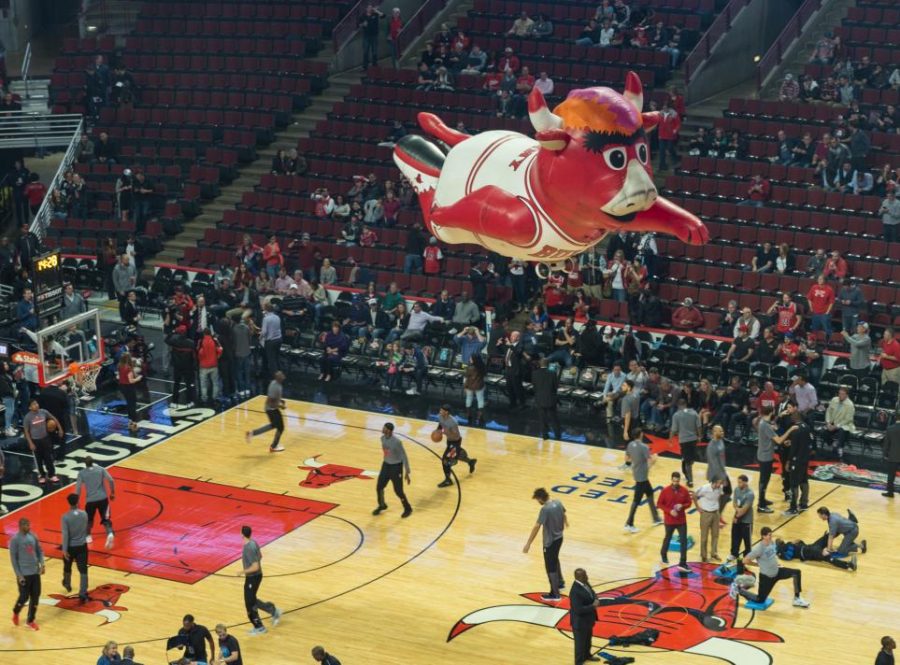 A float of the Chicago Bulls’ mascot, Benny the Bull, takes flight in the United Center in 2016. The final week of ESPN’s doc-series, “The Last Dance,” saw the Bulls, led by Michael Jordan and company, win their final championship.

Jordan’s answer is a definitive “yes,” and there’s no reason I shouldn’t believe him. He was right about everything else, and every goal he ever set, he achieved with prestige.

Still, four in a row, really?

Any way I look at it, I’m not nearly the most qualified person to make the assessment. I was born five years after the Bulls’ last championship, and Jordan was just a guy dunking on the cover of some old playoff DVDs for most of my childhood. Like I said way back five weeks ago, this is my first time experiencing Jordan in all of his fame.

Even though it was my first time seeing “The Last Dance,” much of the series’ final episodes felt familiar. The hard-fought six- and seven-game series, the heckling fans, the last-second shots — it all felt like I was back in pre-quarantine NBA playoff mode.

And while I reflect on my feelings as I watched the Bulls’ road to eternal glory, the world seems smaller. Jordan isn’t just a brand, nor is he just a number or a string of highlights. He’s a man from North Carolina, the same age as my parents, that just so happens to be the greatest competitor of all time.

When you’re a kid, everything before you seems old, and everything that happens after you’re born seems current. I can’t imagine what life was like in the ’90s, but I sure know a lot about 2006!

Most of all, I’m grateful that I have some new players to use in NBA 2K. And at the end of the day, that’s what life’s all about.