‘The Last Dance’ for the first time: Week three 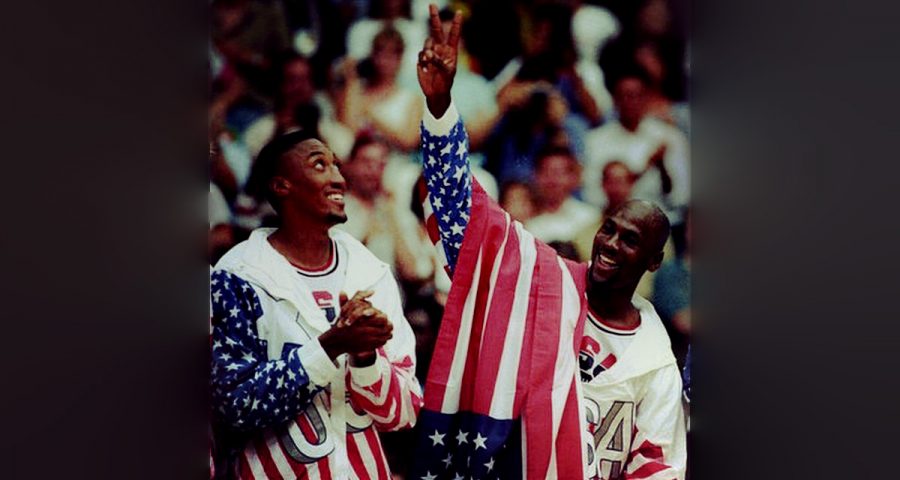 Both Michael Jordan (right) and Scottie Pippen (left) won gold medals at the 1992 Olympics as part of the Dream Team.

It’s hard to make it through a school day without seeing a poster of Michael Jordan on a teacher’s wall. The stories of success and failure and game-winning shots are typical in high school classrooms. But I knew Jordan was a winner to be admired long before the posters told me — I mean, this guy has six rings, and nearly everybody who lived through his career swears by him.

In the eyes of a first-time viewer, Jordan’s chosen route to the top was pretty dark; the anger and lack of compassion undoubtedly shifted my impression of Jordan. However, in the eyes of a long-time athlete, his route demands respect.

Exchanging adoration from his teammates for winning, Jordan chose to openly rebuke them. In doing so, he manipulated an unspoken rule of sports: if the best player calls you out, you can’t argue. He knew what he was doing, and he knew nobody was going to like him for it. But — and this is the part you have to respect — he did it to win.

He was willing to sacrifice everything for victory. How many athletes can say the same? I sure can’t.

Despite watching countless ESPN specials and “30 for 30″s on the Dream Team, “The Last Dance” revealed a few previously unknown dynamics. First, I found it interesting that Jordan wasn’t yet unanimously a tier above the rest prior to the ’92 Olympics. For me, the fact that he was able to earn the team’s respect as “the man” after just a few scrimmages is astonishing. It only heightens my admiration.

Secondly, it was pretty weird to see the origins of a worldwide NBA presence. Imagining a world without players touring China in the offseason was new for me, and the fact that the Dream Team shot the NBA onto the global stage adds to the team’s legend.

From the Dream Team to Jordan’s craving for success, this past Sunday’s episodes brought a lot into focus. “The Last Dance” continues to hint at Jordan’s waning will to play — and who can blame him? Being under a microscope the second you walk out of your house is no way to live. I would think the climax of Jordan’s unrest will be reached early in next Sunday’s premiere, and I’m excited to finally see this guy play some baseball!