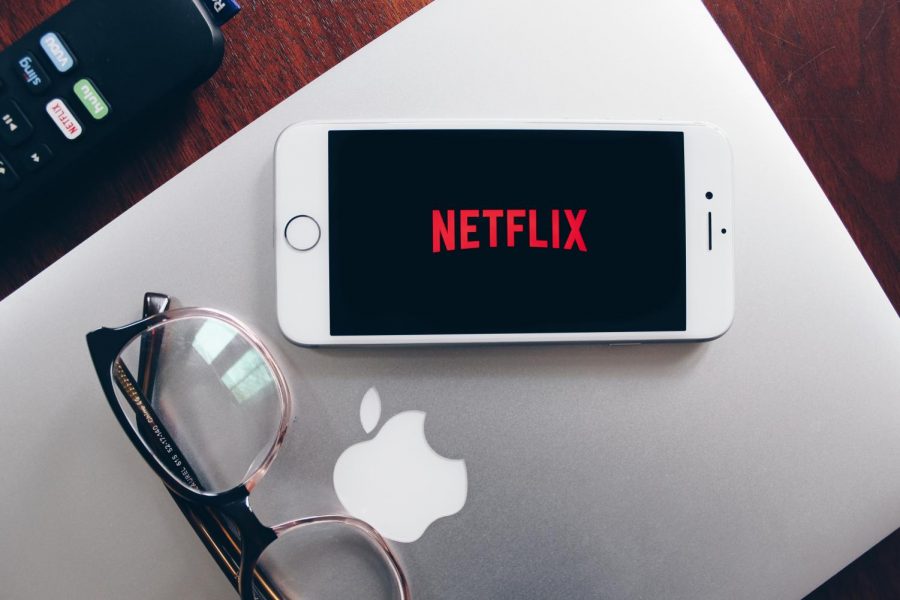 Netflix has come out with a lot of original romance movies. But do they live up to their hype?

Netflix is pretty much everyone’s best friend right now — and I’m no different.

I’ve spent a good chunk of my quarantine watching cheesy Netflix original movies to make up for my own lack of a romantic love life. I may be late to the game with some of these movies, but it doesn’t hurt to give you my thoughts.
The Kissing Booth
“The Kissing Booth” came out in 2018, and it became pretty popular once it was released.

The story surrounds Elle Evans (Joey King) and Lee Flynn (Joel Courtney), two teenagers who were born at the same time in the same hospital and whose mothers were also close friends. These two grow up being best friends, but they have a list of rules to which each of them must abide. For instance, they are not allowed to date each other’s relatives. More specifically, Elle cannot date Lee’s older brother, Noah Flynn (Jacob Elordi).

A huge staple in this movie was the kissing booth — hence the title — that Lee and Elle put together for their school’s fundraiser. A lot of couples and love stories start from this event, and that’s where the movie takes off.

I thought the entire concept of having a kissing booth was highly unrealistic, especially because it was for a school fundraiser. Also, kissing booths are very unsanitary, and just thinking about participating in one makes me disgusted.

Additionally, throughout the movie, you will see Noah trying to be protective of Elle by telling other guys not to date her. I know this is supposed to go with the whole “cute and protective boyfriend” concept, but in reality, it was really cringey. Noah was supposed to look mad the entire time, and the scenes were supposed to be serious, but I found myself laughing out of embarrassment.

Overall, I was severely disappointed in this movie. I thought that, since there was so much hype about it on social media, it would at least be decent. But I believe that it only became popular because people think that Elordi, the actor for Noah, is attractive.

To All The Boys I’ve Loved Before
“To All The Boys I’ve Loved Before” follows Lara Jean Covey (Lana Condor) and her numerous love experiences. Whenever she has a crush, she writes them a love letter, but she never actually sends it out; she just uses them to get her feelings out. One day, Lara Jean’s little sister, Kitty Covey (Anna Cathcart), decides to send out the letters.

However, one of the people that received a love letter was Josh Sanderson (Israel Broussard), Lara Jean’s older sister’s boyfriend. This causes, as predicted, complete chaos. In an attempt to confuse Josh, Lara Jean pretends to date Peter Kavinsky (Noah Centineo), who is also trying to make his ex-girlfriend jealous through this fake relationship. So, Lara Jean and Peter go on with this act for some time, and eventually, they both actually fall in love with each other.

I watched this movie after “The Kissing Booth,” and it was like a breath of fresh air. I didn’t find myself cringing at all, and by the end, I had a smile on my face. It was a cute love story compared to the mess “The Kissing Booth” was, so I highly recommend watching this movie.

I had high expectations for the sequel because of how much I liked the first one, but it felt like a drag to get through the entire movie.

Lara Jean and Peter are now officially together, but they’re going through some trouble. They fight over little things, tell lies, and everything slowly goes downhill. Also, with the introduction of another love interest, John Ambrose McClaren (Jordan Fisher), one of the boys that got a love letter in the first movie, their relationship is put to the test.

What annoyed me the most about this movie was that Lara Jean could not make up her mind. And the fights that she and Peter went through were so childish and annoying to the point where I was literally screaming at my computer to tell them to stop.

I won’t spoil it, but the ending was really cute, which kind of made up for the weak plot. But still, the majority of the movie wasn’t good at all.

The Half Of It
“The Half Of It” is about Ellie Chu (Leah Lewis). She’s a brilliant girl who often writes essays for money. Eventually, Paul Munsky (Daniel Diemer), a socially awkward high schooler, asks Ellie to write love letters for him since he isn’t good with words. However, the girl that Paul is asking Ellie to write love letters to is also the same girl that Ellie has a crush on. The rest of the movie follows the adventures the Ellie and Paul go through to make this girl fall in love with Paul.

I may be biased because the main character’s last name is Chu, and my future college is mentioned in the movie, but I absolutely adored this movie. It has such a complex love story that you don’t find in other Netflix originals. I actually found myself laughing at some parts, and it’s not easy for a movie to make me laugh.

But the most important aspect of this movie, in my opinion, is that they truly showed what Asians go through while being in America. Many of the people at Ellie’s school would shout things like, “Chugga chugga Chu Chu!” or call her “the Chinese person,” which are all things that have been said to me as well. Though Asian stereotypes were not the main focus of the movie, it was nice to see that the director acknowledged some of the struggles Asians go through.

These Netflix originals do take up a lot of your time, so if you’re bored and want something to do besides staring at a wall, watching any of these movies will keep you occupied. Happy quarantine!