The mattress arrives at Carlmont 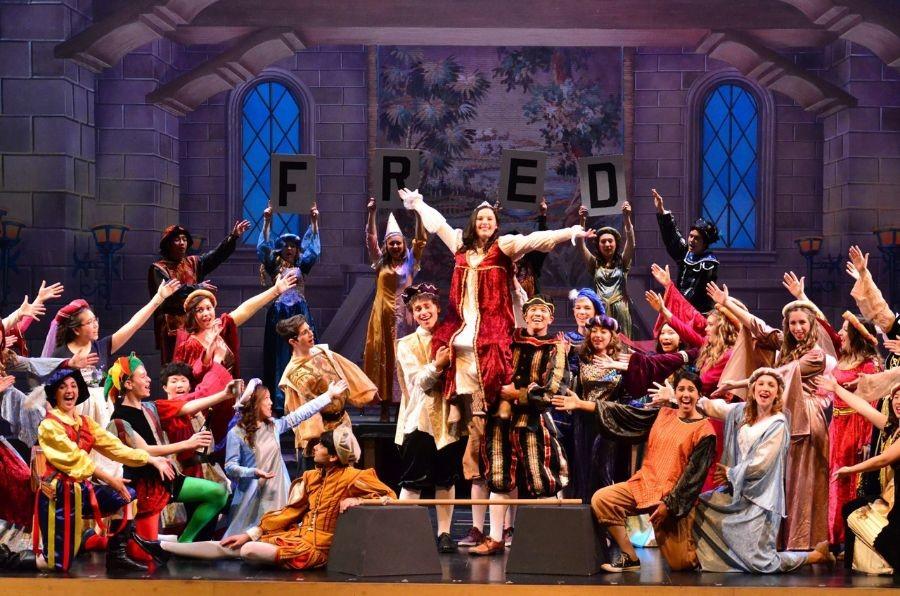 There are a lot of group numbers in the production, including one titled, "I'm in Love with a Girl Named Fred."

The time has come.

This year’s musical, “Once Upon a Mattress,” is opening this week.

Based loosely on the story of the Princess and the Pea, the musical is about a kingdom in medieval times that needs to find a princess who will pass a test so everyone can get married. But the tests are being manipulated by the Queen Aggravain because she does not want her son to get married.

Sophomore Dana Wai said, “I would describe the musical as Shakespearean, but with singing.”

“The best part about being in the musical this year is the new director, new experience, seeing everyone interact with one another, furthering my knowledge in acting, and seeing a hilariously rowdy mute king played by Dominic Gialdini,” said Wai.

Once Upon a Mattress is a comedic musical that includes a lot of jokes concealed within the child-like air of the musical.

“This year’s musical has humor that is a lot different than the humor in ‘Annie Get Your Gun’ last year. It’s more downplayed and less in your face,” said Wai.

That’s not the only difference between the two plays. This year, the actors get to work with a new director named Stephanie Maysonave.

“I was in [the play] last year, and it’s definitely a new experience having a new director. I feel closer to the director this year than the directors we had last year. I definitely liked them all though, but it’s very different,” said Wai.

The musical opens on Thursday night, and tickets range from $12 to $20.

Junior Skyler Stratton said, “It’s been an absolute blast working with everyone in the musical. I hope the audience will like it as much as I do.”