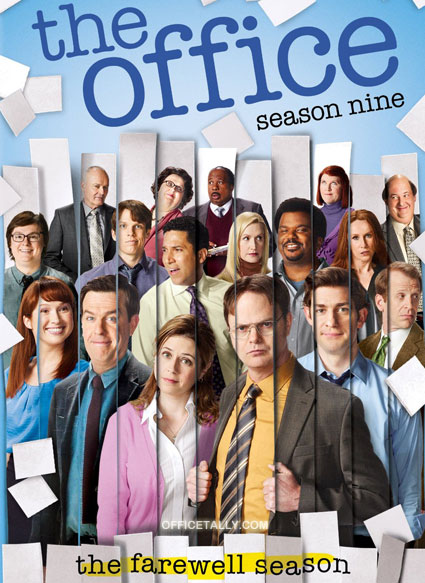 The season nine promotional poster for The Office

Throughout the years the hit television show “The Office” has remained as a classic comedy and appeals to many different types of people.

From 2005 to May 2013, the show entertained many people with its creative episode ideas.

The show is based on a group of average people working in a sales office for a paper company called Dunder Mifflin. “The Office” is created as a documentary within a television show, where the characters are interviewed and share opinions.

Each character brings something very different in terms of personality to the show and creates a diverse environment of people.

Junior Jenna Mourad stated, “My favorite character is Dwight Schrute because he’s unintentionally funny while having a unique personality throughout the show. He’s hilarious due to his dark humor and weird culture.”

With nine humorous seasons, viewers feel like they have seen the characters grow and become who they are. The show starts off as a boring, working environment and turns into a family of office workers.

Junior Victoria Poslavsky said, “I think it’s very different from other comedic television shows and has more interesting setting and angle to it.”

Although one of the largest characters of the show, Michael Scott, played by Steve Carell left, the show at the end of season seven in 2011, “The Office” carried on and brought in new characters.

“I was really sad to see Steve Carell leave the show since he was one of the funniest people on ‘The Office,’ but I think the producers did a really great job with the last two seasons,” said junior Neeshae Wain.

Throughout all nine seasons, the show only gained viewers as time went on and became a classic that almost nobody  disliked.

“The Office” is known for it’s unique comedy and had been going strong for many years. However, the show met its end when the actors and actresses, along with producers, felt it was time to retire it and move onto other television shows and movies.