The rain is coming 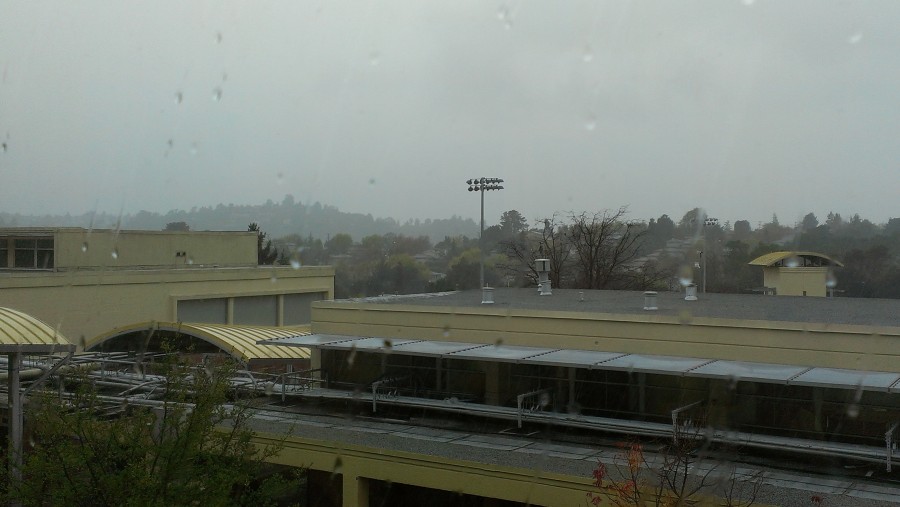 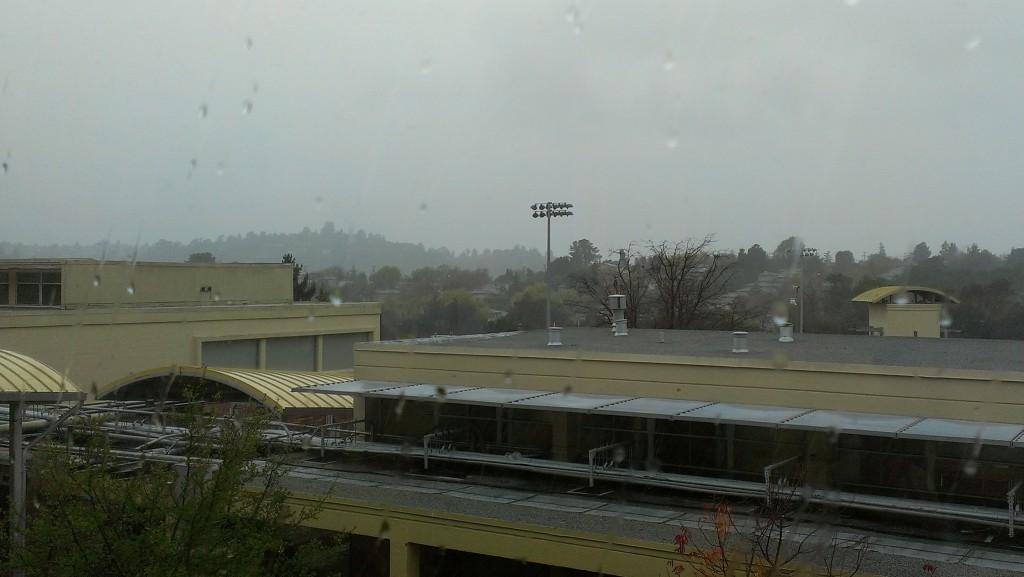 Rain is coming to the Bay Area, and it plans to stay for awhile.

The rain is expected to stay until Sunday, as a heavy storm travels over the Bay Area.

Meteorologists predicted that six to eight inches of rain will have fallen by the end of the storm.

For Carlmont students, rain means that power outages are very, very likely to occur. Rain also increases the risk of falling, as stepping in puddles (by choice or not) can throw off a person’s balance.

For student drivers, rain increases the probability of crashes, and there already have been many reported accidents.

However, rain affects Carlmont students just as much as it affects the rest of the community. For instance, by early Wednesday morning, 73 flights had been canceled at San Francisco International Airport (SFO).

As reported by the Belmont Patch, the U.S. Coastguard stated that, “Wind gusts can be as high as 49 miles per hour in some coastal regions.”

The community plans to limit the rain’s damage through the use of sandbags, which repel rain and therefore protect buildings from getting flooded. The weather forecast states that tomorrow will have a passing shower, but Friday, Saturday, and Sunday will have heavy rain.

Be prepared for some very wet weather.