The real Sochi hiding behind the Olympics 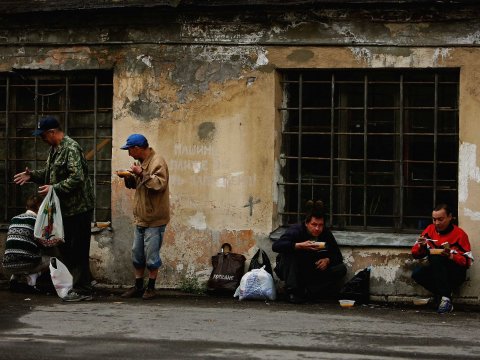 The real Sochi behind an Olympic facade.

As the 2014 Winter Olympics draw near, the citizens of Sochi, Russia find their living conditions worsening, rather than improving as the government had previously claimed.

Promotions for the Winter Olympic Games are seen daily, whether in television advertisements or on billboards by the highway. Images of snow-capped mountains, new malls, and giant stadiums are prevalent in nearly every advertisement, while none of Sochi’s true conditions are mentioned.

“I feel that what the media is doing is unfair to the ones who truly understand what it is like living there,” said junior Sabrina Liu.

Russian President Vladamir Putin wanted to use the Olympic Games as an opportunity to better the lives of those living in and around Sochi. The Games would also serve as a symbol of economic revival from the collapse of the Soviet Union about two decades ago.

On the contrary, the Games have had only detrimental effects on the citizens of Sochi thus far, and they haven’t even begun. The many villages of Sochi have experienced a decline in quality of life due to the constant construction undertaken for the Olympic Games.

Sophomore Caroline Mameesh said, “It’s a fundamental denial of what we see as human rights to keep people living in conditions such as those in Sochi, and then turning a blind eye and making everyone else ignorant is just wrong.”

In the small village of Akhshtyr, a contractor for the Olympics created an illegal dump that pollutes the air and a stream that serves as the Sochi water supply. In the village of Loo, another illegal landfill flows into a brook that leads to the already dirtied Black Sea.

Villagers have seen various environmental issues arise from the preparation for the Olympic Games as well. In addition to the contaminated water supply, citizens also complain of the destruction of forests resulting from the construction of new buildings.

“Russia should consider their people’s living conditions and stop the construction for the Winter Olympics, or at least limit it,” said senior Iris Choi.

In addition to enduring so much hardship, the people of Sochi faced humiliation too when a local roads agency forced the removal of a common outhouse used by a majority of the citizens, as it was too close to a newly built highway for the Olympics and was ruled an “eyesore.”

The workers remodeling Sochi for the Games continue to disregard the conditions of the villagers. Thousands of homes were demolished in order to create space for new structures, but many of the inhabitants are still waiting to be relocated.
“The Russian government is basically lying to their people and to the general public for the sake of tourism. It’s wrong and should definitely be changed, but the reality is that it happens too often in other countries too,” said Mameesh.
As more investment is put into creating a newer, more beautiful Sochi in preparation for the 2014 Winter Olympic Games, many of its citizens continue to live in poverty.