The reality of running a business 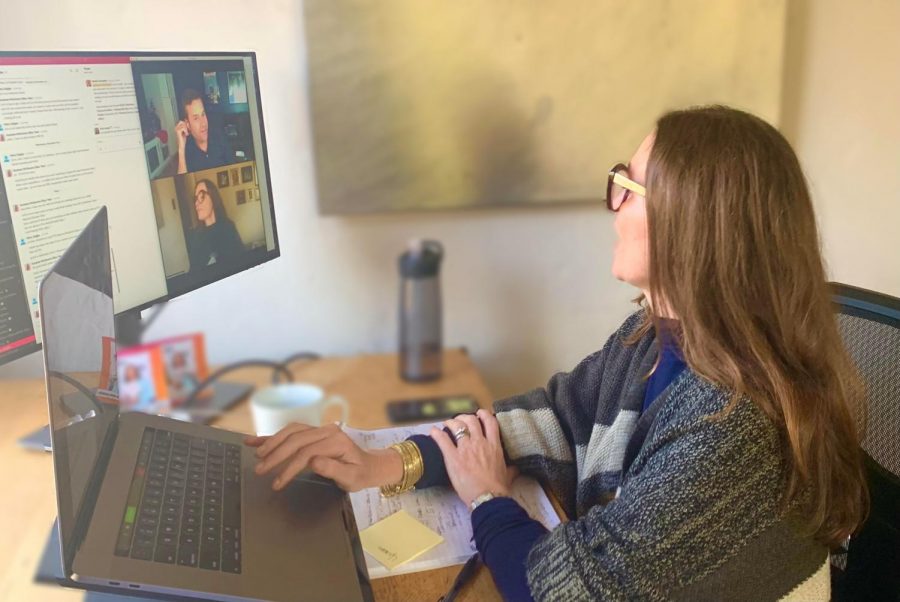 A great deal of hard work is required to construct a successful business in the face of financial struggles and risks.

Only half of small businesses survive their first five years.

The struggles and risks associated with the task of running a business are often overlooked by those seeking independence, power, money, and success. In reality, sacrifices must be made, and major obstacles need to be overcome in order to establish a successful business.

21 Seeds is an infused tequila company established by Kat Hantas, her sister Nicole Emanuel, and a friend, Sarika Singh. As women in a male-dominated industry, they have managed to tear into the field of spirits and gain major buzz in the media with appearances on “The Today Show” and Oprah Winfrey’s “O List.”

In an interview with Emanuel, the CFO and co-founder of this growing company, she explained the road to success and the obstacles the company faced along the way.

“You face struggles anytime you try to disrupt an industry,” Emanuel said. “We were, as females, minorities in the spirit industry.”

Less than 1% of spirit companies are owned by women. This placed several hurdles in front of 21 Seeds as newcomers in a competitive environment.

While being outsiders in a formulaic industry prompted opposition from within, the company’s ability to differentiate themselves has allowed them to thrive as individuals. 21 Seeds was able to appeal to a wider audience by filling a gap in the marketplace, which played a crucial role in their path to success.

Nyakio Grieco, founder of Nyakio Beauty, achieved success in a similar way. She started her business in 2001 and constructed a brand based on family beauty secrets from Africa.

Grieco’s brand was centered around clean beauty, and she entered the industry at a time when clean beauty was not popular. Major risks were linked to the construction of her business.

“There was a risk of entering a saturated market with concepts that hadn’t really been explored in a big way,” Grieco said.

On the other hand, the emphasis on natural ingredients allowed Nyakio Beauty to stand out in the beauty industry, and over time, clean beauty became more prominent and mainstream.  In a survey published in December 2019 by Statista, it was noted that 77% of female consumers in the United States considered clean beauty or makeup to be an important feature.

It is safe to say that all growing businesses face struggles before seeing any major success. Financial problems are the most common cause of a company’s demise.

Danny Passman, the founder of Crybaby Media, was confronted with multiple financial struggles when initially growing his business in 2010, at the height of the economic recession.

“I was spending too much money,” Passman said. “I spent money on office space, I spent money on the nicer chair instead of the cheaper chair. I racked up a lot of debt on my credit cards.”

Statistics show that 29% of new businesses reportedly failed because of a lack of finance.

According to Investopedia, insufficient funding is one of the most common financial issues that lead to a business’s downfall.

“With the lack of funding that there was, there were many times that I felt that I was going to have to pull back on the business in order to just make inventory for the orders I had,” Grieco said.

To prevent business failure, many business owners are forced to reconstruct their companies and start fresh.

“When I was about five or six years into the business, I did end up having to take a step back and pull back on the business because I had to raise again so that I could get strategic partners that would help me scale my business to the next level,” Grieco said.

Additional risks can also come from outside funding. While financial help from others can be useful, there is added pressure that comes from borrowing.

“We raised money from our friends and family and had to risk their money as well as our money,” Emanuel said.

Pressure can come from other sources as well. Jes Wolfe, the CEO of Rebel Girls, is faced with the responsibility of leading a business toward success.

This added pressure has proven to be useful in the long run.

“I don’t think pressure is a bad thing,” Wolfe said. “I think it’s a motivating factor, and I think it speaks to the amount of passion and care that I have for what I’m doing and what kind of company I’m building.”

For many, the major obstacles and financial risks are worth a shot at their goals.