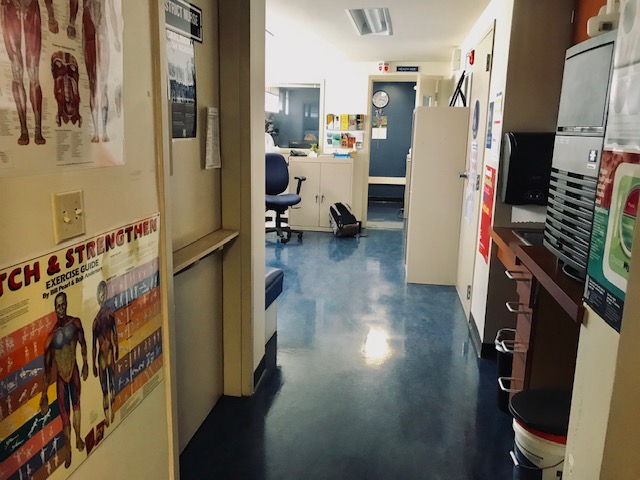 Students usually go to the Health office at Carlmont if they aren't feeling well.

With summer coming up hot, measles has made their way back to the U.S. and now the Bay Area.

As of 2019, there have been more reports of measles outbreaks in the first four months of this year than in the entirety of 2018. These 626 individual reports have come from 22 states in the U.S., some of those states including Arizona, California, Colorado, Florida, and Washington.

The measles disease had been officially eradicated as of 2000 according to the Centers for Disease Control (CDC), although reports started rising again in 2010, with the record high of 667 individual measles reports occurring in 2014. Katherine Jones, a grant manager at an environmental non-profit group in San Francisco and mother of an 8-month-old baby, expressed her concern for the rise in measles reports.

“It’s just maddening because I shouldn’t have to worry about measles,” Jones said. “The folks who are choosing not to vaccinate their children or be vaccinated themselves are putting my child in danger.”

Two universities in Los Angeles have already been quarantined due to the measles disease, as reports grow higher and higher. Alex Azar of Health and Human Services made a statement on the rising measles reports.

“The U.S. is seeing a resurgence of measles, a disease that had once been effectively eliminated from our country,” Azar said. “Measles is not a harmless childhood illness but rather a highly contagious, potentially life-threatening disease.”

Heidi Flaig, the Carlmont nurse, described what Carlmont High School would do if measles were to get into the school.

“If a case of measles were to be reported at Carlmont, there are specific procedures we would follow, as it is a highly contagious communicable disease. Based on the San Mateo County Communicable Disease Control Program, a student with measles would be excluded from school for five days after the onset of the rash,” Flaig said.

According to Flaig, the San Mateo County Communicable Disease Control Program would be notified of the exposure by the district nurse to which they would provide further instructions. This then may turn into a school-wide notice, or it may only be targeted to specific at-risk students of the disease.

Flaig went on to say that staff at Carlmont are not required to be vaccinated, something that CDC stated to be the number one reason for the spread of the disease and a big risk-taker for Carlmont.