The road to college admission 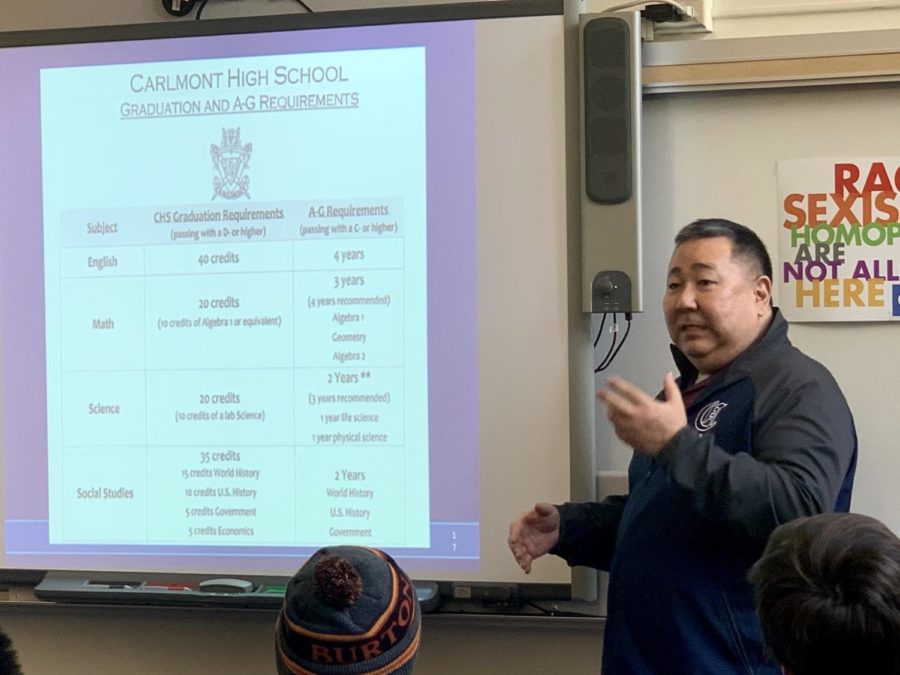 Future jobs, salaries, reputation, and education; so much rides on a student’s choice of whether they should attend college and if so, where. As a result, it is important for students to know how they can improve their chances of getting into their top school choices.

However, they need to start somewhere to set their dreams in motion, and this starting point usually lies in their college applications.

“It’s stressful knowing that this could be your decision for what you’re going to do for the rest of your life,” said Darby Bryan, a senior.

When students apply to schools, their GPA, advanced placement (AP) and International Baccalaureate (IB) courses, SAT and ACT results, and extracurriculars are among the most critical areas of the submission.

Some colleges, such as San Jose State University (SJSU), focus mostly on grades and GPA as opposed to other parts of an application. For SJSU, the stronger the GPA, the less significant other aspects of an application are, according to Caroline Ouyang, a non-resident and international admissions counselor at SJSU.

However, this doesn’t apply to all schools. Many, like the University of California Los Angeles (UCLA), look for more well-rounded transcripts. They seek high SAT and ACT scores, extracurricular activities, and leadership activities, rather than just focusing on GPA.

According to College Raptor, in 2016, the average GPA score amongst students in America was a 3.38. This score, however, is lower than what many colleges look for.

In turn, one way that students can raise their GPAs to gain the attention of colleges is by taking advanced classes. Many classes that students can take, including honors and AP classes, are weighted five points towards a student’s overall GPA, while other courses are typically worth four points.

Enrolling in those courses, regardless of the point-value, shows colleges that a student is challenging themselves and is motivated to learn which is a promising attribute, according to Princeton University. Such can still positively benefit a student, even if they receive a lower grade than they would have in a standard college prep course.

Additionally, many colleges accept AP courses as college credit. If students pass the AP exams for the course, they can receive college credit for the subject without having to take those classes in college.

Another factor that most colleges take into consideration in a student’s application is their test scores, namely that of the SAT or ACT. The tests are considered to be the second most crucial element of an application to many colleges, including UCLA.

According to Testive, the average SAT score in 2017 was 1060, with 527 in math and 533 in English. However, as reported by the Princeton Review, students at Ivy League colleges average around 700 in each section, well above the average scores. Similarly, students at UCs such as UCLA and UC Berkeley average from 600 to 700 points in each.

Students also have the option to take the ACT, which is out of 36 points and consists of math, English, science, reading, and an optional writing portion.

According to the Princeton Review, students in 2017 averaged a total of 21 points out of the 36 possible points. The Princeton Review also states that students attending Princeton and Harvard have an average of  32 to 35 points on the test, and students at UCLA and UC Berkeley average from about 28 to 34 points.

“Each college has a range of exam scores that they are looking for, which their website states,” said Nina Rasor, Carlmont’s college and career assistant

However, some colleges view the SAT and ACT more critically than others.

“SAT and ACT scores are important for SJSU admission purposes. Though, a student does not need an exceptionally high score if they have a strong GPA,” Ouyang said.

Part of this less critical view of test scores is due to the small size of the tests in comparison to a student’s entire application.

“Colleges understand that it is only a snapshot of the students, four hours in the life of the applicant,” Rasor said.

One way that colleges look outside of those four hours of testing is by examining the applicant’s personality and interests through personal statements and what they do and achieve outside of school, which often comes in the form of extracurricular activities and leadership roles.

“If many people apply with the same academic status, schools begin to look at leadership and who has more achievements outside of academics,” Bryan said.

According to the Princeton Review, colleges value responsible leaders who earn the respect of their peers. If a college sees how a student works with another student, it will help them decide whether that student would fit well at their school, or if they may be better suited somewhere else.

Ways that students can take part in extracurriculars include committing to clubs, playing a sport, doing volunteer work, and more.

“If you’re a varsity-level athlete, especially if you’re at the level where colleges can recruit you, that will help you be admitted,” said Daniel Pilipenko, a senior.

Aside from sports, many extracurriculars for students to participate in can be found directly on the Carlmont campus or in their community.

“Carlmont has many clubs for students to choose to be involved in and gain leadership. Cities also usually have youth leadership groups within their government or Park and Rec departments,” Rasor said.

Generally, colleges prioritize GPA, followed by SAT and ACT scores, and subsequently extracurricular activities, when they evaluate applications. Though, it’s important to note that while a student’s GPA can be considered most valuable, the other components of an application still matter and should not be disregarded or ignored.

Should a student need help or clarification with their applications, many members of the Carlmont staff are available to assist them.

“Students’ counselors and I are here during the whole application process,” Rasor said. “Students can reach out to either of us with questions.”

Finding help can be very beneficial as if a student chooses to put less effort into their applications, it may be more difficult for them to stand out amongst other applicants.

Pilipenko said, “It depends on how much effort you’re willing to put into a college admission process and whether you’re okay with working around the clock.”