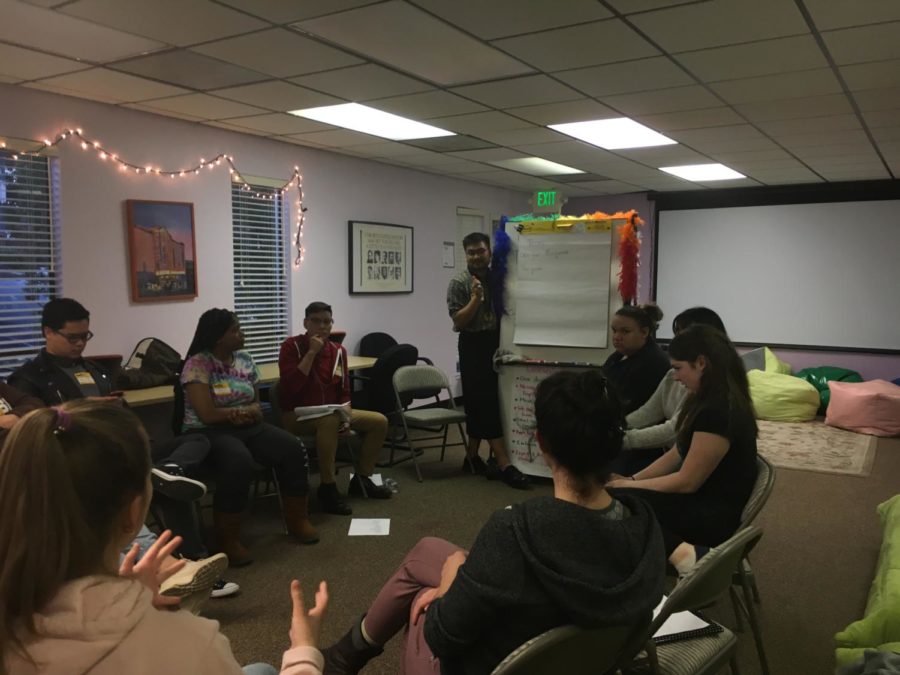 The prom committee members discuss the possible themes for this year's Queer Prom.

As prom season arrives at schools, so does the excitement for promposals and dates.

However, this also means that some students might feel left out or uncomfortable with being themselves in their school environment if they don’t relate with traditional prom-goers.

The San Mateo County Pride Center (SMCPC) held its first Queer Prom Committee meeting of the year on Feb. 16. During this meeting, the members discussed the details of the prom, including why the event was being held.

“A lot of prom dance spaces are not LGBT friendly, or students just don’t feel comfortable being themselves there,” said Gilbert Gammad, the Youth Program Coordinator at SMCPC. “We want people to be able to have fun and enjoy themselves.”

This year’s Queer Prom will be the second Queer Prom hosted by the SMCPC. Many of the logistics, such as prices and age allowances, will be similar to last year’s policies but with a new theme for 2018.

“Just like last year, we will most likely allow students from 15 to 19 to attend, and sell the tickets for $15,” Gammad said. “In case someone can’t afford to buy tickets for any reason, we have financial aid available for them.”

While planning the prom, voices from high school students and adults were heard.

Many of the participants in the meeting found Queer Prom as an important event that brings the community together.

“The Queer Prom is a good event to have for people who don’t feel welcome at their school,” said Alannah Forster, one of the high school participants. “It can build a sense of community between us where people are not afraid to be themselves.”

As of now, the SMCPC and the members of the Prom Committee are working on the various aspects of the prom, such as decorations, entertainment, food, and more. The date is currently set for May 26, however it is possible that it may change.

Though this is SMCPC’s second Queer Prom, they would like to continue having this event in the future.

“We want to make the prom enjoyable and fun to everyone who attends, because everyone should get a Queer Prom,” Sunga said. “The Pride Center is not mine, it’s everyone’s.”