The Scots continue their winning streak against the Wildcats 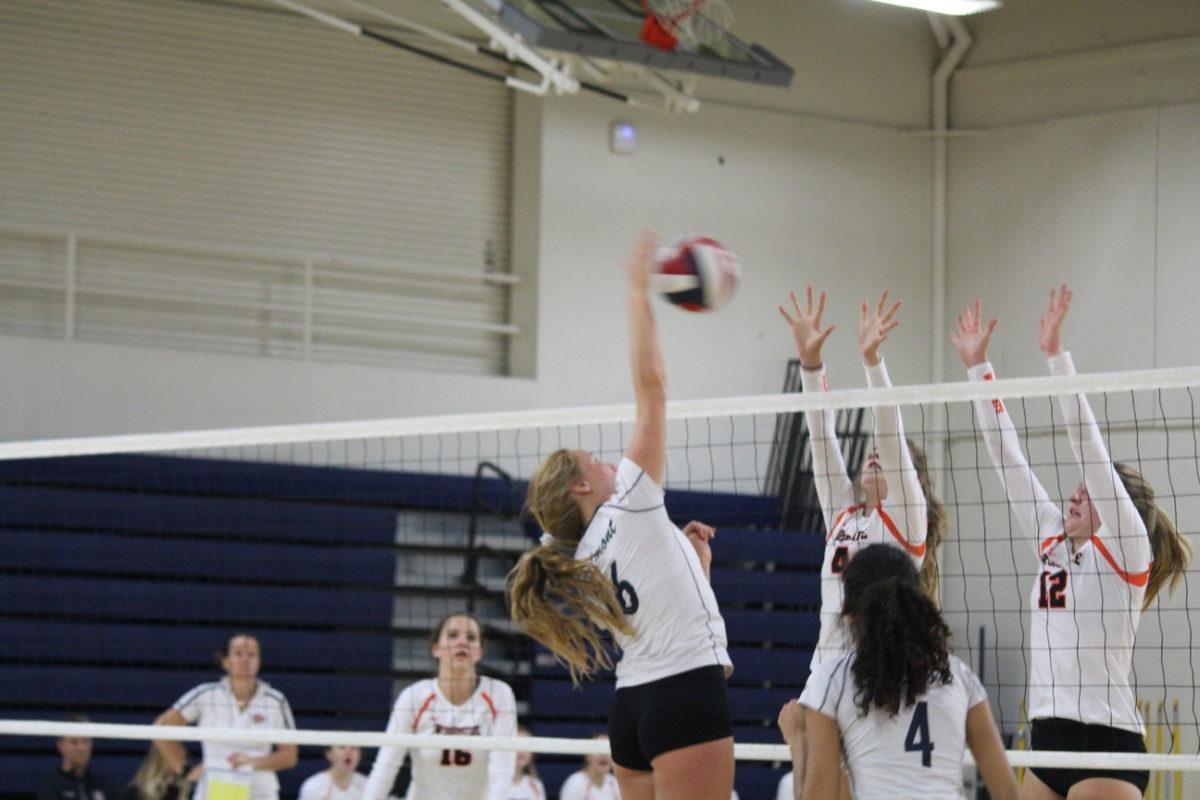 Vanoncini spikes the ball over the net, earning a point for the Scots.

High-fives and cheers filled the court as The Lady Scots pulled together a win against the Woodside Wildcats.

On Sept. 21, the Carlmont varsity volleyball team managed to keep their energy on a high and win in a three-set sweep against the Wildcats.  The Lady Scots worked together, keeping their intensity at a high and keeping the Wildcats on their feet throughout the duration of the game.

Juniors Elizabeth Prozell and Clara Vltavsky were key in the game, saving the team with multiple blocks as well as a series of spikes. The two proved to be an unstoppable duo, earning a series of points throughout the game.

Maya McClellan, a senior and team captain, said, “I think we did a better job this game of getting our energy at an all-time high. I do think we can improve our communication as there were a few points lost just due to simple mistakes like not talking on the court. But overall we played hard tonight and, with improvement, there will be more wins to come.”

As the second set began, the Scots immediately took the reigns and led the scoreboard throughout the entire set.

Morgan McClellan, a sophomore, also kept her momentum at a high, motivating her teammates on the court and earning points throughout the match. The Scots finished the second set with an aggressive win, 25-9.

Although the Wildcats tried to pick it up during the last set, the Scots’ plays and adrenaline could not be beaten. The Lady Scots fought until the end, and the final score of match three was 25-20.

Emma Vanoncini, a senior, said, “There is always room for improvement with any team. If we keep working hard and build on our strengths and weaknesses, we will be a hard team to beat this season.”