The Scots lose in straight sets to Aragon 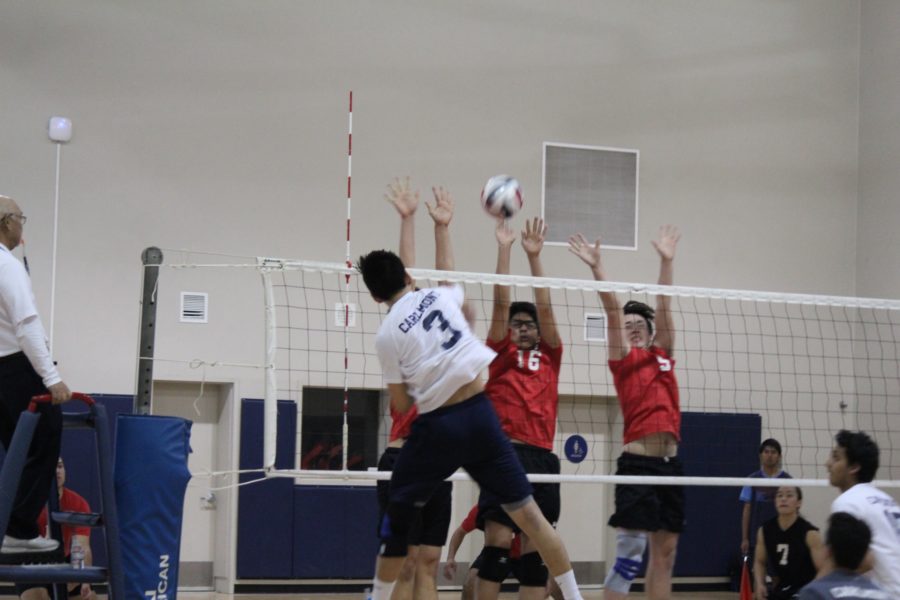 The Dons shut down the Scots offense with an effective triple block strategy.

The Scots displayed a promising performance, even though they went down in straight sets, the future definitely looks bright. On March 16, The Scots lost to the Aragon Dons 3-0 in set count.

The game never seemed to be out of reach for the Scots, but it was apparent from the first point that it was going to be an uphill battle when the Scots lost a point on a pre-serve position violation. Unforced errors were the difference in this game with the Scots having way to0 many, and the Dons having zero.

Senior libero Peyton Young Blamed these mistakes on the lack of experience this team has.

“The problem is our team is relatively new… We only have a couple club players who play on our team,” said Young.

Even with these mistakes, the game was definitely not a blowout with the Scots losing the first two sets by a combined four points. Aragon just seemed to have that edge at the end of each set.

The Scots have some growing to do as a team to get to a point where they can keep up with a hard hitting, and athletic team like the Dons.

“Practice practice. As much as we can, we do a lot of reps during practice to make sure we stick to the game plan,” said coach Michael Lapuz.

By the third set, the Scots seemed to have lost their drive to win. They didn’t give up, but they could sense the inevitable.

The Dons were in complete control of the game by this point but did not seem to be letting up on the gas at all knowing that the scots at any point could make a push for a comeback.

The final set ended in a very bizarre fashion. On the last point, the Dons were serving and there was a normal rally back and forth until the ball was hit up and touched the air conditioning tube above the court.

It came down on the Scots side and the point was awarded to the Dons.

However, the secondary referee came in and told the main referee that because the ball was over the Dons side of the court when it was hit up then the Scots should have been awarded the point.

After the teams had already shaken hands, the referee brought them back onto the court and awarded Carlmont the previous point.

This replay never amounted to anything as the Dons scored the next point and won.

That was really the story of the game, no matter how much the Scots pushed or which calls they got the Dons were always right there to keep their lead.