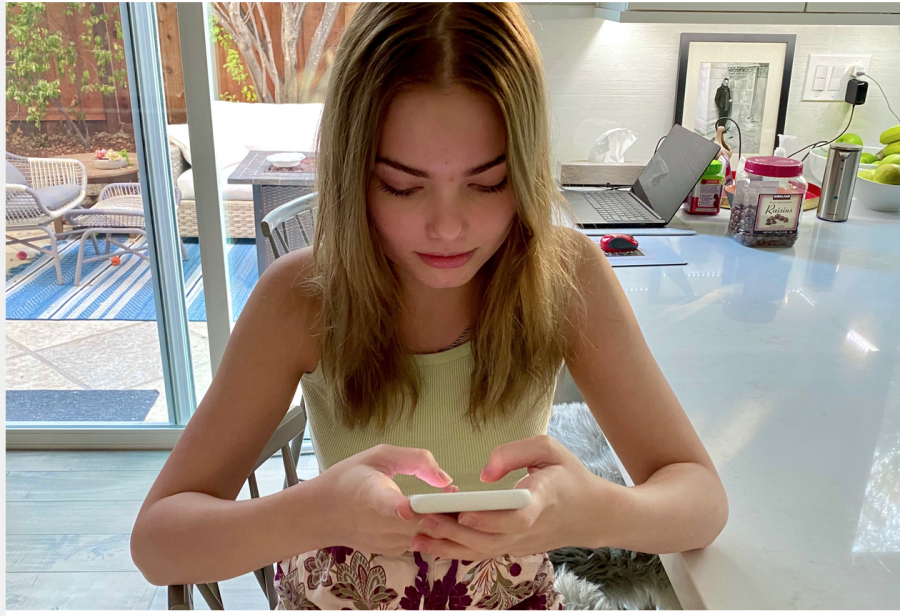 Over 70% of the world, mostly millennials, check their phones as soon as they open their eyes in the morning. This behavior goes widely unnoticed, yet it’s quickly becoming a new norm for people worldwide.

As our communities start to rely more and more on technology, the longterm effects this can have on human psychology are still unknown. “The Social Dilemma,” available on Netflix, uncovers the truth behind social media apps and the reason behind humans’ addiction towards these apps.

A global social media data has been collected from 2012-2019, displaying the number of minutes internet users spend on social networks. It shows that over the years, the numbers have increased dramatically.

Social media has a significant influence on online and real-life behaviors by impacting their psychology. “The Social Dilemma” touches precisely on these topics and uncovers how the media manipulates and takes advantage of its users. Throughout the documentary, watchers learn how online communities can leave many with mental illnesses, toxic relationships, or even death.

“The Social Dilemma tells you about how ISIS has inspired people online, and now white supremacists are doing the same. How Internet lynch mobs in India have disturbed democracy. We have gone from the information age to the disinformation age, thanks to social media fake news. The Social Dilemma has a high position of ex-employees of all major social media platforms talking about how badly has social media impacted the world. Some of the major effects of social media on youth are depression, advanced fake news, increase in cybercrime, surveillance capitalism,” Gautam Batra, an editor at Koimoi, said.

I have never been a big fan of documentaries. However, this one was a truly eye-opening experience. Social networks have imprisoned me, you, and everyone around us into their capsules, making Snapchat, TikTok, Instagram purely irresistible. And that is their goal. By having people spend a great deal of time on their apps, they make more money while creating a compulsive frame of mind for the enjoyers.

How is it possible to start watching a show on Netflix, and the characters show up on your explore page? How is it that Youtube recommends new videos for you? All of these apps are using an individual’s psychology against them. Every move made on an app is recorded and used against the participants, feeding into their fondness, and ultimately leading to addiction and unhealthy behavior. This method benefits the media but can be detrimental to a user’s mental state.

“There is a lot of people that track your activity to try and sell you things and take advantage of your searches because they have access to all of your information and the apps downloaded as well. They can sell your information to other companies without your knowledge as well. Aura creates multiple VPNs that enables you to go on the Internet and browse anonymously, and it cannot be traced back. This system allows people to have some access to privacy, and I think its the best method for keeping us safe,” Eduardo Panisset, a software engineer at Aura, said.

For many of my peers and me, this is terrifying. The idea that social media apps can track our behavior feels intrusive and dangerous. Yet, “The Social Dilemma” successfully describes how these apps can do what they do and get away it. Just like how many of us are starting to see iPhones and social media as a new norm, behavior-tracking is also becoming another silent threat.

I highly encourage everyone to watch “The Social Dilemma” to understand more about the inner-workings of our phones and the mostly unknown online world.