The truth behind the Starbucks Pumpkin Spice Latte 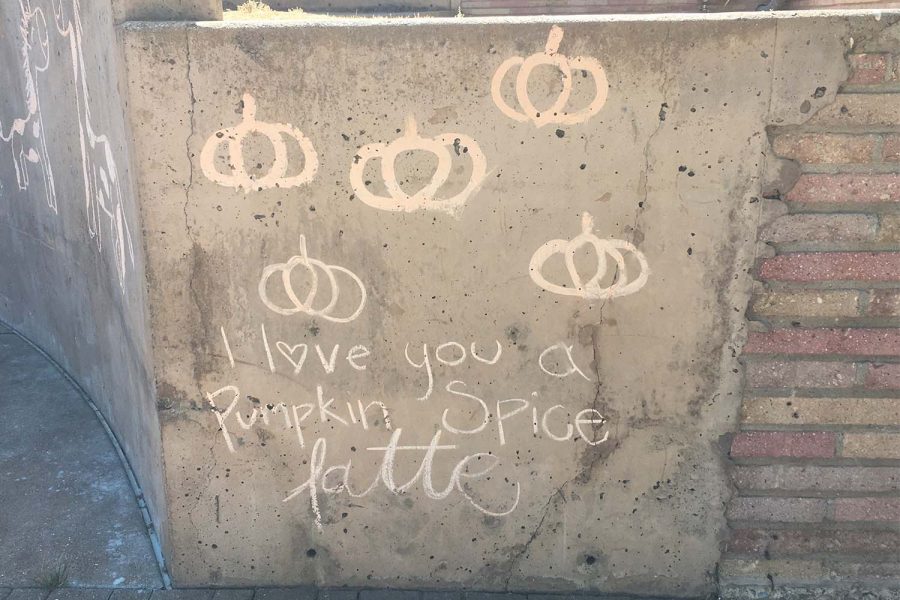 Think back to Aug. 24. Nearly two weeks after the fall semester began, the weather was still warm on this late summer day.

On this day, Starbucks chose to release the Pumpkin Spice Latte this year, its earliest release date. While the release may seem early, it is only one day earlier than the 2020 release.

Since its introduction, the Pumpkin Spice Latte has developed a cult-like following and has been the subject of criticism.

It all started in early 2003. Starbucks wanted to replicate the success of its holiday beverages like the Peppermint Mocha and the Eggnog Latte, which a team led by Peter Dukes, director of espresso, created.

That year, Dukes and his team were tasked with creating a fall-flavored espresso beverage.

Legend has it that, gathered in the research and development space of the Starbucks headquarters in Seattle, the team switched between taking bites of pumpkin pie and sipping espresso.

They focused on showcasing pumpkin and spice during the prototyping period, finding that these flavors best complemented the coffee. Three months later, the Pumpkin Spice Latte was born.

That fall, Starbucks tested the Pumpkin Spice Latte in 100 stores in Washington D.C. and Vancouver. According to Dukes, it was an instant success.

“Within the first week of the market test, we knew we had a winner. Back then, we would call store managers on the phone to see how a new beverage was doing, and you could hear the excitement in their voices,” Dukes said.

In fall 2004, Starbucks released the Pumpkin Spice Latte across stores nationwide. Seventeen years later, it is still one of the most popular Starbucks drinks. And the rest is history.

Starbucks was not the first coffee company to feature a pumpkin pie-flavored drink on its menu. For example, J.L. Hufford of Indiana had already released a pumpkin latte before Starbucks had.

At first, the sauce included spices like cinnamon, clove, and nutmeg to embody the pumpkin pie flavor. In response to criticism, Starbucks amended the Pumpkin Spice Latte recipe in 2015. The changes included adding real pumpkins and removing artificial flavors.

While sauce instead of syrup and real pumpkin allowed the Starbucks Pumpkin Spice Latte to stand out, there is more to its ongoing success.

Starbucks reaped the benefits of being in the right place at the right time. The Pumpkin Spice Latte’s popularity accelerated at the same time as Americans sought flavors that reminded them of comfort food, and Instagram developed a platform to share aesthetic posts.

“Pumpkin became recognized as part of the comfort food trend during the recession in 2008,” said Suzy Badaracco, a culinary food trend analyst.

Pumpkin pie is part of this trend because it is a Thanksgiving dessert. When things are not going well, we crave foods that remind us of positive memories.

Since the Pumpkin Spice Latte mirrors pumpkin pie’s association with the holiday season, it also experienced heightened popularity after the 2008 recession.

Its presence in cozy, fall-themed posts on Instagram, which gained usage in the early 2010s, further helped the Pumpkin Spice Latte flourish.

Part of the Pumpkin Spice Latte’s popularity comes from its limited availability. Vox writer Rebecca Jennings said, “there is nothing inherently seasonal about the spices that go in pumpkin pie, but Starbucks is able to convince us that the drink should only be consumed during the fall months, thereby increasing demand.”

The growing presence of the Pumpkin Spice Latte shaped the transformation of the period from late summer to late fall into what is now known as the pumpkin spice season. Its success directly contributed to the explosion and popularity of pumpkin spice-inspired products as other corporations aimed to have similar success.

At the same time, there exists an under-discussed reason why some people dismiss the Pumpkin Spice Latte. Pumpkin spice is considered a feminine food trend.

In Taste, writer Jaya Saxena presents her findings that society judges women for falling for marketing tropes and jumping on the bandwagon when they like a popular food. Through this, women are said to make a food irreversibly girly. In contrast, men who do the same are applauded for elevating a food by revealing its sophistication.

Not only is criticism of the pumpkin spice trend potentially sexist, but it is also often classist. This is because pumpkin spice has been reduced to a basic, usually dull and unoriginal, trend.

“Unique taste — and the capacity to avoid the basic — is a privilege,” BuzzFeed writer Anne Helen Peterson said. “We don’t choose our tastes so much as the micro-specifics of our class determine them. To consume and perform online in a basic way is thus to reflect a highly American, capitalist upbringing. Basic girls love the things they do because nearly every part of American commercial media has told them that they should.”

In other words, you can’t choose what foods you like, and neither can the thousands of Starbucks fans that await the release of the Pumpkin Spice Latte each year. So, let this be your warning against judging others for their tastes.

After all, the Pumpkin Spice Latte is just an espresso beverage; it isn’t an all-powerful evil. Just let people enjoy their coffee in peace.