The two minutes that ended the Scots’ amazing season 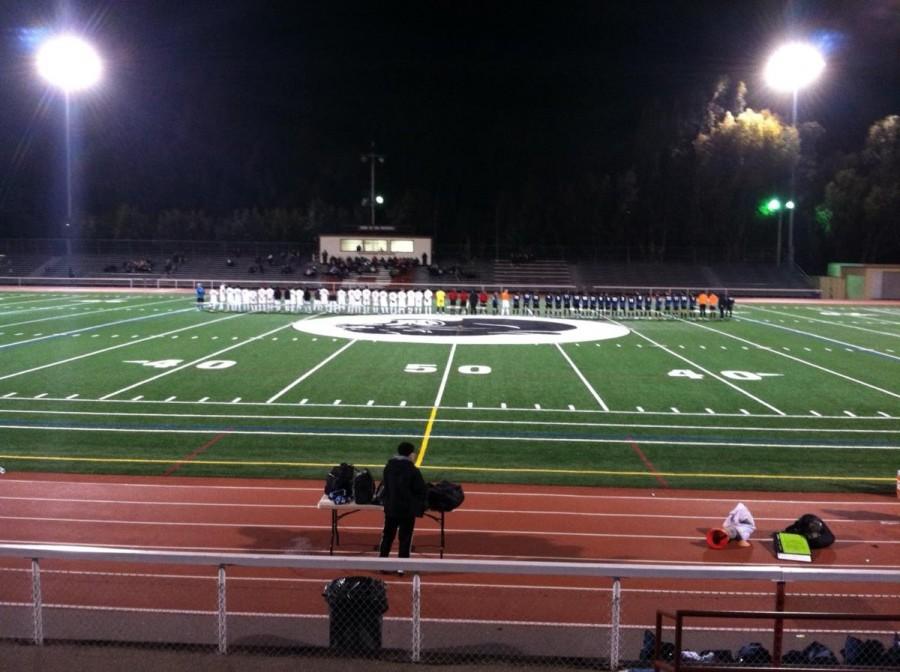 Scots players are introduced during the pre game ceremony

On a sub-60 degree night at  Burlingame High School, Carlmont was pinned against Bellarmine College Preparatory in a third round Central Coast Section matchup that would send the winner to the CCS finals.

The game was close early as the game stayed scoreless until Carlmont senior captain Justin Harpster was able to break the tie on a great shot strung from a great pass by Luke Peterson.

The CCS finals for the Scots seemed to almost be a reality as they took their 1-0 lead into half time. The Scots’ defense, lead by center defender Ryan Freeman and goal keeper Zack Wooster had been solid all game, controlling Bellarmine’s high powered offense.

The Scots held control of their slight margin until Bellarmine sophomore Alex Cadena tied the game in the 46th minute on a deflection off a Carlmont defender that went into the back of the net. Within the next minute, Bellarmine senior Ivan Helkowski scored on a break away that gave Bellarmine a 2-1 advantage.

Carlmont was not able to respond as their season ended with the final score being 3-1.

“Just for those two minutes, we lost focus and didn’t work like we should and they ended up scoring two quick goals against us and that changed the game,” said head coach Jodi Beloff. “I think that we have a great set of building blocks to build on for next year, but this is my second set of guys I’ve coached all four years. They hold a special place in my heart. This was a great squad. They worked hard, they were respectful of each other, they took care of each other, and they had each others backs. It was just a great year and I’m super proud of them.”

Boys varsity finished the year with a Peninsula Athletic League championship belt as they finished atop of their league and took a first round bye into CCS.