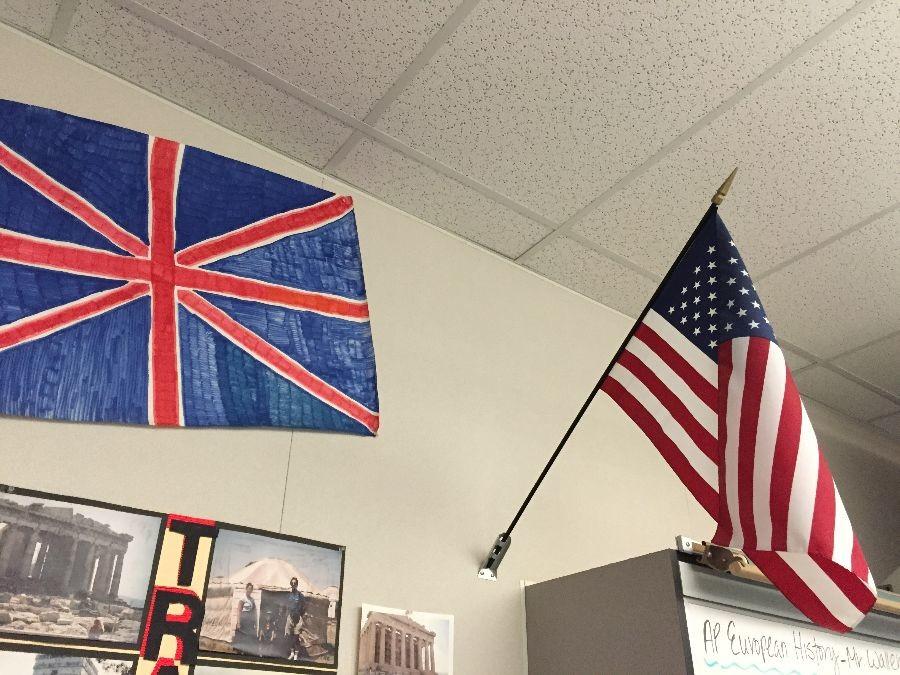 “Flag club? What is that?” said sophomore Chris Ding.

Clubs are a huge part of student involvement in Carlmont’s campus, but some clubs like Flag Club are lesser known and are under-appreciated.

“I don’t really know what the club is, but I think flag club is a very interesting club where they study the designs of world flags and their origins,” said Ding.

Not many people may know much about Flag Club, but it is more than meets the eye.

“Our club is about learning about flags and learning about their significance. Flags are very important and people should start to get educated about what they mean and what they can do for cultures and nations,” said President of Flag Club Max Conrad. “However that’s not all we do in the club. For example we’re student ambassadors for the Wounded Warrior Project, which provides assistance to war veterans.”

Besides learning about flags, the club members also discuss other topics in order to expand their knowledge even further.

Senior Conner Abernathy said, “We also focus on other stuff besides flags too such as roundels. Roundels are common on Air Force airplanes and are round symbols that are usually have the same symbolism as the flags. We expand beyond the flags themselves and really study the aspects of different countries.”

“It’s about having fun really, connecting and seeing what we can learn from each other. It’s not necessarily just talking about flags, you can talk about making your own flag for example,” said Abernathy.

The Vexillological Society currently has about 12 members, but are hoping to expand the club.

Abernathy said, “We want to spread patriotism and general knowledge about flags throughout the school through community service.”

Carlmont’s Flag Club is currently planning to spread awareness of their club through a flag designing contest.

Flag Club’s teacher adviser Jarrod Harrison said, “Right now were talking about holding a contest where we have students design a flag for the club within certain principles, so we’ll be doing some business. We’ll be discussing at the next meeting what we’ll be doing the next semester, as the [members] have some ideas about the issues in flag awareness raising.”

If students are interested in joining the Vexillological Society, the club meets at E-1 on Wednesdays.