The Weeknd has the blues in ‘My Dear Melancholy’ 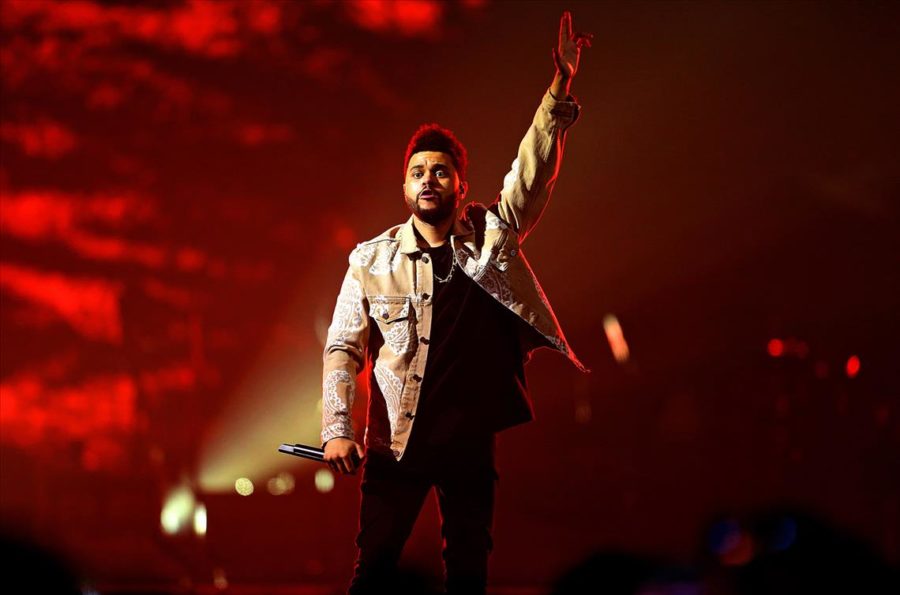 The Weeknd performs at Manchester Arena on March 5, 2017 in Manchester, England.

As one of pop music’s top selling artists, Abel Tesfaye, more commonly known as The Weeknd, has defined modern music with his unique sound and mysterious persona.

In his true artistic pursuit, he has made R&B his own with his dark, perplexing tone, making his own style of music that has built a new, fresh era of pop music.

With two multi-platinum albums, The Weeknd has conquered the pop landscape with his music, getting into the persona of a party-crazy, drugged pop star. This unique perspective has earned him a place on multiple hit soundtracks for popular films such as “Black Panther” and “Fifty Shades of Grey.”

In his latest release of a six-track album, “My Dear Melancholy,” we see the vulnerable, hurt side of him that is overwhelmed with heartbreak.

With his previous albums, “Starboy” and “Beauty Behind the Madness,” he attracted the public with his dark and mysterious lyrics while also making each track catchy enough for everyone to enjoy.

However, “My Dear Melancholy,” is quite the opposite. The Weeknd sings about the same old blues caused by the loss of a lover, moving beyond the emotional numbness and delving deeper into his self-hatred and struggle for closure.

In the opening track, “Call Out My Name,” he mourns the loss of his love and his struggle for closure: “Girl, call out my name, and I’ll be on my way and / I’ll be on my / I said I didn’t feel nothing baby, but I lied / I almost cut a piece of myself for your life.” Through his lyrics, he shows his audience that he is weak for love and will stop at nothing to get what he wants, no matter how much his lover does not want him back.

In another two collaboration songs with Gesaffelstein, “Wasted Times” and “I Was Never There,” the repetitive lyrics hit home with people that have experienced heartbreak before, ultimately relating to most of his listeners and most of the public as a whole.

However, The Weeknd suffers what a lot of top-selling pop stars struggle with: having absolutely no variation between his songs. These stars find a voice and tone that have sold millions of records, so they continue to churn out the same type of content over and over again to both keep their audience happy and to sell just as many, if not more records.

“My Dear Melancholy” was overall a great album, but after listening to the songs together as an entire album, all the songs start to sound the same, leaving listeners bored.

If The Weeknd wants to be more vulnerable to the public, he should try to discover different sounds that will bring his voice into a new light.