Tis’ the season of selfishness 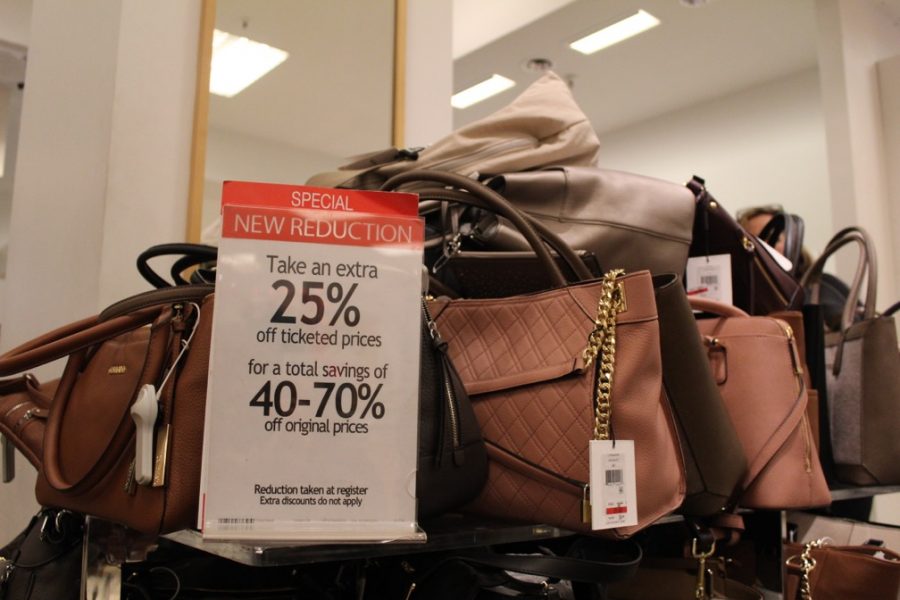 Businesses that participate in Black Friday target the consumer through various deals and discounts.

There’s not much that can get a teenager out of bed at 4 a.m. But the endless possibility of bargain after bargain on Black Friday lures people of all ages from their beds one discount at a time.

As your family gathers around the dinner table on Thanksgiving, all you can think about is the fact that the sooner your great-aunt swallows that last bite of pumpkin pie, the sooner you can race to the mall and score some Black Friday deals.

Even before your mom began prepping the food, Black Friday commercials flooded the TV. But these catchy commercials aren’t pushing you to go out and buy that discounted pajama bundle for your sister; they’re geared for you and your desires.

One can justify their Black Friday binging with their family or friends as the recipient, but let’s be honest: Black Friday shopping is a way to rack up the best deals for yourself.

But this makes sense; not many mothers know the exact pair of True Religion jeans their sons admire, or the specific quilted jacket their daughter has had in her online shopping cart for three months. And even if they do, parents can’t try on these items for their kids.

Even if a child writes down the exact item they want for the holidays, making a precise wish list is inappropriate as early as November. Although Black Friday is at the back of many people’s minds as their uncle rambles on about politics at the Thanksgiving table, not many will admit it because Thanksgiving is supposed to be a day reserved for family.

So when these ads dominate every source of media, you stow each deal away in the back of your head so that you can avoid looking selfish as you babble on about that new gadget you want while your mother is slathering the Thanksgiving turkey.

According to the National Retail Federation, $1.93 billion was spent holiday shopping on Thanksgiving alone, with a total of $5.27 billion spent when combined with the spending on Black Friday.

So although this “holiday” promotes selfishness, it may be a good thing for those who indulge on Black Friday to knock out several of the excessive items on their holiday wish list, saving their relatives the painstaking task of buying for the picky person in their lives.