‘Tis the season to be giving 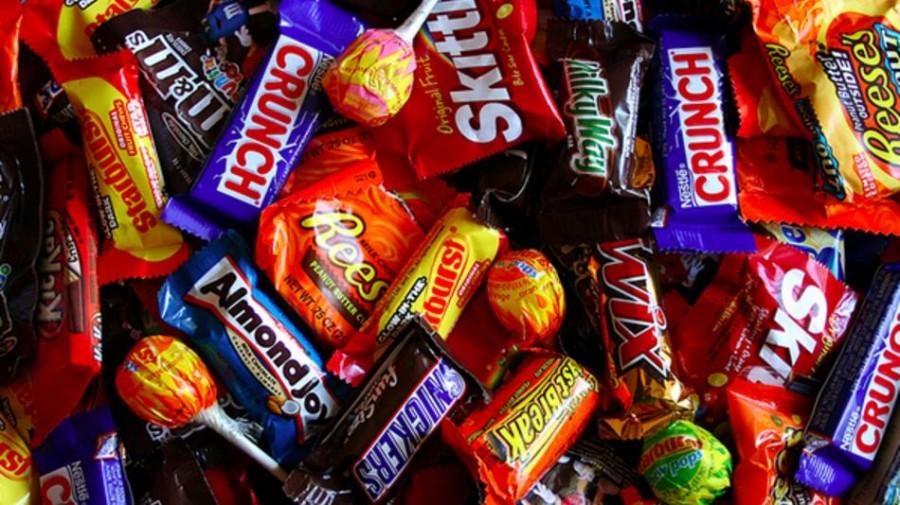 Gift giving is at our doorsteps with Halloween candy donations to American troops.

Students and faculty face a similar problem after Halloween every year; too much extra candy. This year instead of selling it, donate it to a charity. Carlmont’s California Scholarship Foundation (CSF) is having a candy donation to Soldier’s Angels.

Nov. 6 CSF are going to have a club meeting in E14 where they are accepting donations. Candy should be packaged in a gallon sized Ziploc bag and have wrappers.

Every Halloween, there is the unwanted candy pile. The candy may be traded, thrown away, or handed out to friends. This year, the rejects have a plan. A place in the world where the unwanted ones can bring others joy, simply by donating them.

Sophomore Melissa Chee said, “The candy I don’t like I bring to school to give away because everyone loves candy. Then, the leftovers are thrown away.”

From trick or treaters, to candy givers, there is always unwanted candy. Households almost always have leftover candy and everyone is too stuffed to eat it.

Kevin Shu said, “We always have extra candy so we give it to a random kid who walks by.”

Instead of making one person’s day, make the American forces happy. Soldier’s Angels is a program where candy is sent to our heroes protecting the country.

Chee said, “This is a good program because it shows that we care and that they can celebrate Halloween too.”

With high amount of student interested  in donating Halloween candy, but limited knowledge of where they can, students are in a bind.

Serenity Gregerson said, “ If the event was publicized better, than many students would want to donate their unwanted candy instead of throwing it away because it actually becomes useful. However, I have not heard anything about the donation until now, so I presume a lot of students are also unaware.”