Tournament for Tots brings joy to the holidays 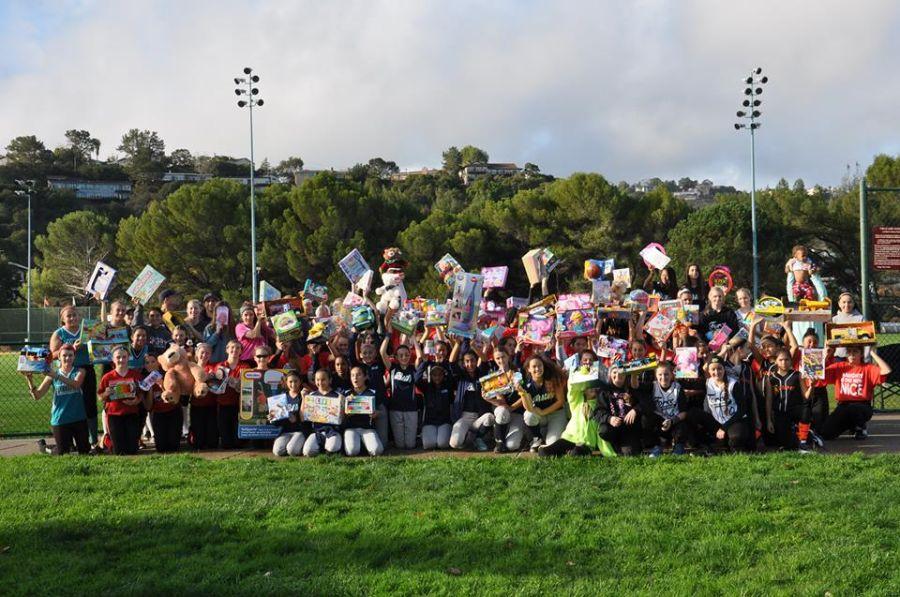 "Individually as a whole, we can make a difference," -Huskey

Imagine being a six-year old with no presents sitting under your Christmas tree. It’s not because you were naughty, but because your family was not financially able to buy you toys for the holidays.

Something as simple as a toy car or a teddy bear could make a difference in a child’s holiday experience.

“My only objective [of the tournament] is to put toys in the toy box,” said Carlmont parent Terry Huskey.

For the past 23 years, Huskey has put together a Tournament for Tots softball tournament to give toys to children in need. Partnering with the local fire departments, Huskey collects toys from his tournament and donates them to the Firefighter Toy Drive.

“My daughter was 12, and [I decided] to bring it back as a fast-pitch tournament,” said Huskey. “Here we are, six years later, still collecting toys.”

This year, the tournament began on Friday, Dec. 5 with the first round of games, and continued in San Carlos at Highlands Park on Saturday, Dec. 6, and in Redwood City at Hawes Field on Sunday, Dec. 7.

Every year, students from Carlmont take time out of their weekend to participate in the friendly tournament that invites teams from all parts of San Mateo County to participate.

“[I started playing because] I knew I was supporting a good cause and donating to child who didn’t have as good of a Christmas as me,” said junior and Holiday Spirit member Aasiah Ewing.

The Holiday Spirit team has participated for seven years, and consists of girls who have been playing softball together since as young as age 6.

“[I like playing in the tournament because] I like seeing my friends that I don’t play softball with anymore,” said Notre Dame junior and Holiday Spirit member Sofia Magnani. “It feels great to make a child’s Christmas [experience] better because some people aren’t as fortunate as we are, and it’s nice to give back to them.”

The tournament raises thousands of dollars every year, and hundreds of toys are brought in.

“All on-sight donations are donated to the Redwood City Firefighters. The profit that we bring in (between $6,000 and $6,500) will be distributed equally between each team’s local fire department,” said Huskey. “The money [we earn] will be spent on more toys.”

“Individually as a whole, we can make a difference,” said Huskey. The holidays are a time of giving, and a simple toy could change a child’s entire Christmas experience. Donate a toy and give a child a better Christmas at your nearest donation event.