TPumps for students helps kick off the last month of school 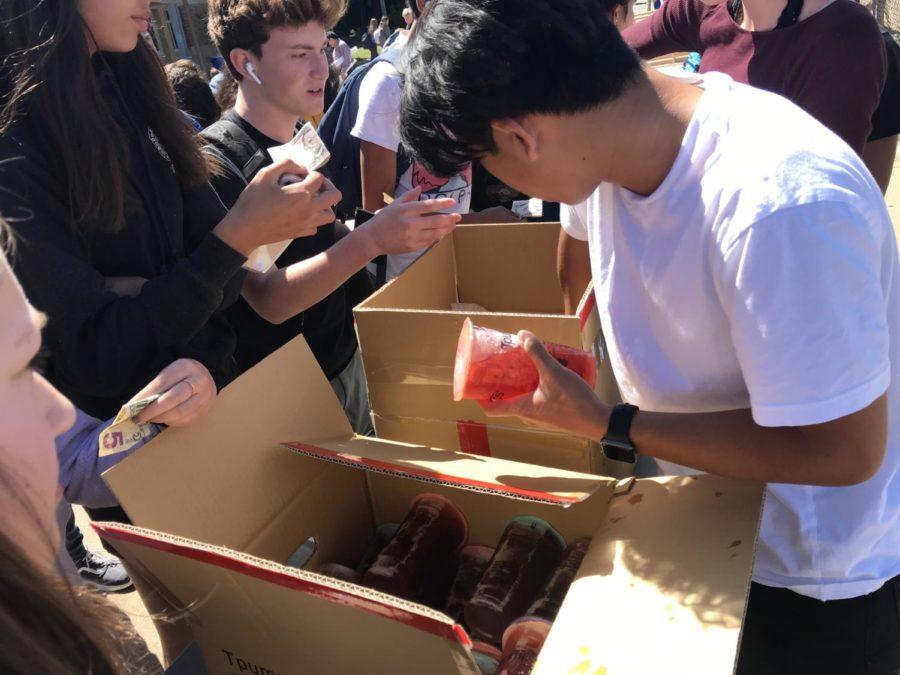 With summer soon approaching and the school year coming to an end, Carlmont’s ASB is organizing more activities for students to take their minds off of school stress.

On May 9, TPumps, a popular boba tea shop, was delivered to Carlmont. Students were able to purchase these drinks after school for $5 in the quad. There were two popular flavors available for students: mango strawberry and blackberry peach.

Liong said, “We plan on doing [these events] more often. The money was raised to be able to do fun and larger-scale activities in the future.”

The freshmen officers first contacted TPumps about the fundraiser and had to get it approved. Then, they had to find a day that worked well for students.

While the freshmen and other classes have had many other sales such as donut and hot chocolate sales, this is the first time the students have brought TPumps to school.

Jim Kelly, the ASB activities director, said, “The freshmen officers did all the work to prepare and gather everything. TPumps was just this one time, but they do similar sales like donut sales.”

The event was planned during May due to the good weather and to kick off the last stretch of the school year.

Kelly said, “It’s important that the class officers raise money to spend on their Homecoming Floats.  But [the fundraiser] also serves as a spirit event because everyone is happier because of TPumps.”

The freshmen officers paid for the drinks using money in their class account. The money raised will be used for more events in the future, specifically next year’s Homecoming.

Violetta Garcia-Tobar, a sophomore, said, “I loved how they brought TPumps to school. Everybody loves it and it’s super convenient. It’s nice having one of your favorite drinks after a stressful day at school. I hope ASB plans to do more events like this in the future!”