Track aims to be undefeated until PALS 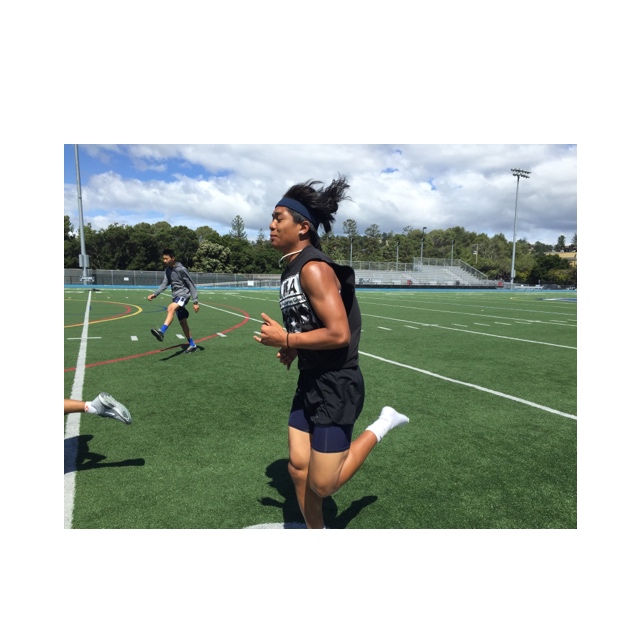 Sophomore Devon Sagon warms up for his first race.

The 2016 track and field team had their second-to-last home meet, Thursday, April 21 at 3:15 p.m. against Burlingame High School.

The team is so far are undefeated, and are hoping to stay undefeated until PALS.

“It’ll be nice walking into PALS as an undefeated track team. Knowing that will boost our confidence level and hopefully help us win PALS,” said sophomore Devon Sagon.

Last year the team was undefeated until the day they had to compete against Burlingame High School. The team as whole made sure that this time it will not happen again.

“Burlingame High School is a very good track and field team. They are hard to beat because they are fast and athletic and they all make sure everyone is giving their full effort into their heat.  Last year, they did beat us and it made us angry since we were so close to being undefeated. This time around, we made sure that will change and we will remain undefeated by putting in more effort,” said sophomore John Tan.

As the races and the field events began, competition and intensity started to rise. It was a back-and-forth match between Carlmont and Burlingame coming in first with field and running events.

“It was just a pattern that was never-ending. First you would see Carlmont in first, then Burlingame, and then Carlmont again! It was really intense,” said sophomore Tara Dezham.

The team finds out who wins the meet on Friday April 22 at practice.

“We are all crossing our finger for this win. We believe we can win with all the hard work we put into our practices. It would be nice to hear to we won and walk into PALS undefeated,” said Sagon.