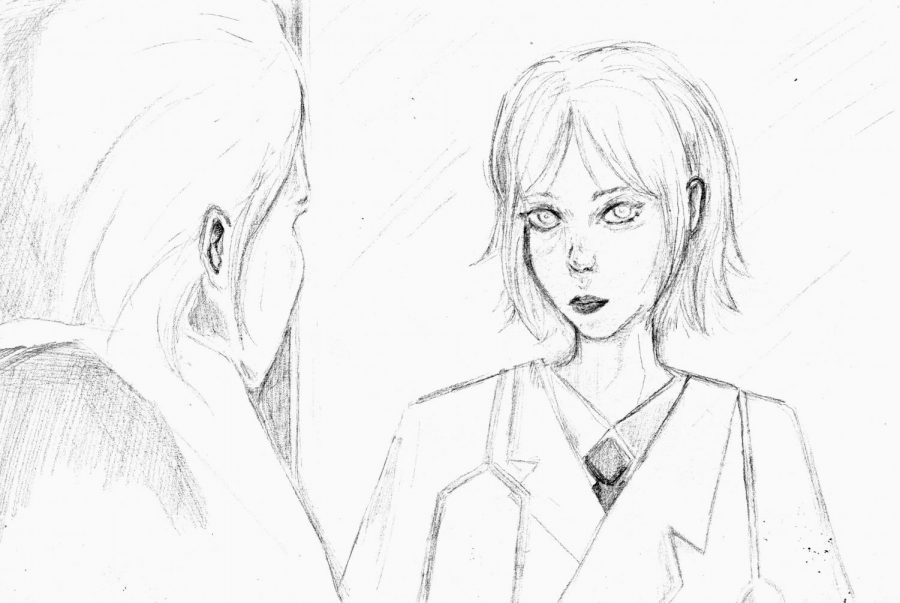 When self-diagnosing, a person fulfills both the role of a doctor and a patient to diagnose their own mental illness.

Just one hit of the search bar and the internet will provide what appears to be all the medical information one would ever need.

Try a Google search for someone who didn’t get enough sleep: Fatigue, lack of concentration, restlessness, and mood swings.

And the internet diagnosis is clear: depression, anxiety, ADHD, or bipolar disorder.

According to Pew Research Center, the number of internet “health seekers” is steadily rising. In 2000, 54% of American adults affirmed that they use the internet for health information, which grew to 66% in 2003. This statistic dramatically rose to 80% when respondents were given specific examples of health searches.

The Pew report additionally found that 31% of teens online get health, dieting, or physical fitness information from the internet.

The alluring anonymity of the internet makes it easier to disclose “embarrassing” or “shameful” information, leading some teens to prefer searching for health guidance online rather than seeing a doctor.

Mental health tests can be found on many websites to assist in diagnosing oneself with a mental illness and generally ask the user about their recent state of mind and habits.

However, everybody experiences bad days where anxiety, agitation, and moodiness all seem to build up. The National Alliance on Mental Health states that to be categorized as a mental illness, its conditions must profoundly impact day-to-day living and possibly affect social abilities.

Shelley Bustamante, a mental health specialist at Carlmont High School, has been working with teenagers through her work and understands the rising popularity of self-diagnosis, specifically amongst teens.

“It’s immediate gratification. They want answers, and they don’t know where to go. ‘How do I find a doctor? Do I have insurance?’ If they’re at home, especially during social distancing, they just google it,” Bustamante said.

This remains the case for many teenagers. When Ash Jones* realized something might be off about themself, the internet was the best place to turn.

“The first thing I did was go online and try to figure out what was going on,” Jones said.

So self-diagnosing is fast, free, and available for everyone. But is it as good as it seems? Some doctors aren’t convinced.
Drawbacks of self-diagnosis
Despite the seeming versatility of the internet, professionals are concerned about the limitations of self-diagnosis.

White Swan Foundation states that self-diagnosis may lead to either trivializing or magnifying the mental illness, both of which can prove to be harmful.

Alongside self-diagnosis, some take it upon themselves to self-medicate, which can prove to be significantly dangerous as a misdiagnosed patient would be giving themselves the incorrect treatment.

Those under the belief that they have pinpointed their own mental illness may turn to over-the-counter medication, dietary changes, or “at home remedies” to treat themselves. Licensed Psychologist and Neuroscience Researcher Nicole Prause states that the process of self-treatment often leads to unnecessary procedures followed by unneeded expenses, spawning more anxiety for the patient.

Bustamante asserts the importance of researching only from credible sources. She urges people to speculate the purpose behind any website they visit as “a lot of things on the internet can be companies that have their own agenda.”

In “Are You Really Dying? Discovering the Dangers of Self-Diagnosis,” board-certified Primary Care Physician Dana Corriel warns people to stay wary of online health blogs. Corriel states that the credibility and qualifications of the bloggers behind each post are often tricky to determine.

“You don’t need credentials to add your two cents on the web,” Corriel said. “Anyone can write anything about any topic, especially with social media.”

Corriel further explains that along with unreliable credibility, online advice for health is often too general as each person’s differentiating family history, risk factors, and varying social history must be taken into account during a proper diagnosis.

Taken as a whole, Bustamante still believes that the internet is a powerful resource. However, she highly encourages meeting a clinical professional after self-research because “those are the ones that can actually diagnose according to the standards of the DSM.”

The Diagnostic and Statistical Manual of Mental Disorders (DSM) was created by hundreds of international experts and serves as a guidebook for healthcare professionals in the United States. Only after taking clinical tests administered by a psychologist and a thorough examination based on the DSM guidelines can someone be considered medically diagnosed.

“We can’t play doctor with ourselves, and we have to get the support of a professional who has the training,” Bustamante said.
Normalization or glamorization?
Social media and popular culture continue to play substantial roles in how the younger generation perceives mental illness.

Films such as “13 Reasons Why” and internet communities found on online platforms like Tumblr perpetually glamorize mental illness. Impressionable internet users can quickly become immersed in the idea of romanticized mental illness. Once glamorized, the concept of mental illness warps into an accessory some decide to don.

According to the National Institutes of Health, The Netflix show “13 Reasons Why” was associated with a 28.9% increase in suicide rates among U.S. youth ages 10-17 following its release.

The jarring study brewed discussion on how mass media presents mental health to the impressionable. Speculation grew as professionals pushed the media to be more thoughtful surrounding topics that intersect with public health.

On the flip side, Erin Vogel, a social psychologist working at Stanford, believes that when notable online personalities come out and share their stories, it helps reduce the stigma around mental health and normalize its discussion. Bustamante similarly points out the importance of opening up.

“When people are honest, and they show their humanity and their struggles.. it helps teenagers see that they’re not alone [and] that these people aren’t perfect,” Bustamante said.

The line between awareness and glamorization is fine yet often challenging to pinpoint. From Lana Del Rey’s tear-smudged lyrics to the classic romantic tragedy “Romeo and Juliet,” many teens find themselves drawn towards the “beauty” of sadness.

“I worry especially about young people finding content online that serves to romanticize mental illness rather than promote recovery,” Vogel said. “However, mental illness is often an isolating experience, and even communities that aren’t particularly recovery-focused can be important sources of social support. Online communities can be both helpful and harmful.”

Bustamante agrees with the notion that social media can be a double-edged sword.

“It’s like driving a car. You’ve got to know [that] it can be dangerous. It can kill people, but it can also help you. It can take you to school. It can get you to the hospital,” Bustamante said. “It’s got good and bad things that you have to be aware [of], and you have to be careful and cautious with it. With social media, it’s the same thing.”
The bottom line
Despite the negative stigma surrounding self-diagnosis due to the growing romanticization of mental illness, seeking professional help is much easier said than done.

Money, location, and family are just a few of the roadblocks every teen has to take into consideration when contemplating getting medically diagnosed.

As reported by Thervo, the cost of a therapy session ranges from $60 to $120. With the little control that most teens have over their spendings, turning to their parents proves to be complicated.

“My dad is a very conservative man, and he does not know what mental health is. I don’t even think he believes it,” Jones said.

Healthcare costs in the United States are on the rise, with a long-term inflation rate at an average of 5.28%, as claimed by the Bureau of Labor Statistics. Those who are not financially well can find it challenging to afford help.

Jones supports the idea that the healthcare system needs to change as the second step in seeking professional help is too inaccessible.

“SOS is powerful because kids listen to kids,” Bustamante said.

The arrival of the World Wide Web brought with it the rise of online healthcare; seeing a “doctor” has never been easier. However, as foolproof as the internet may seem, various issues can be found in blindly following online health information.

From support communities to the glamorization of mental illnesses, the internet carries both opportunities and obstacles. Bustamante concludes that online research from credible sources is a step in the right direction, but following up with a healthcare professional is critical.

“Keep your eyes wide open and make sure you have a good sense of self before you take everything like the gospel truth.”