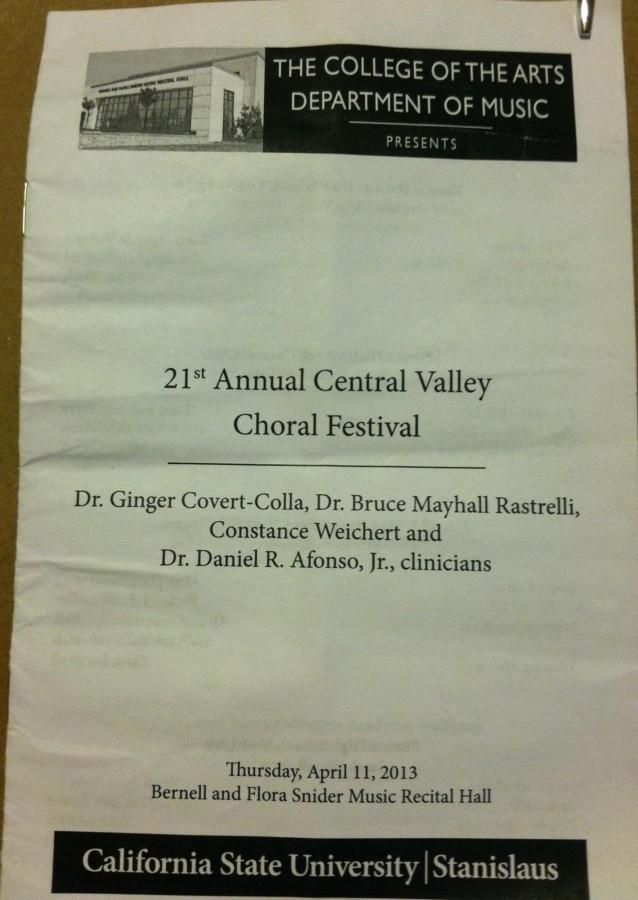 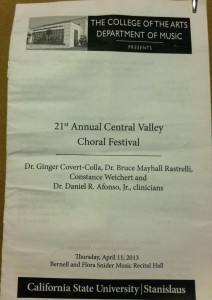 On April 11, Carlmont’s Treble Clef choir traveled to California State University, Stanislaus to perform in the 21st Annual Central Valley Choral Festival. Multiple choirs ranging in all levels of difficulty were in attendance and performed.

The festival began with a number of choirs performing in the morning. However, the members of Treble Clef did not arrive until the afternoon portion of the program when the CSU Stanislaus choirs were going to perform. Two of the university’s choirs performed: the Concert Chorale and Chamber Singers. The choirs sang a number of spirituals and classical pieces well known to the audiences including Ave Maria and Swing Low Sweet Chariot.

After the performances by the university choirs, Treble Clef was able to perform, as were a few other high schools from the Central Valley area. Once the performance concluded, Treble Clef had an opportunity to attend a 20 minute clinic directed by one of a few select choristers who watched their performance and could provide feedback.

“It’s always great to get input from other directors because it gives us a chance to hear from a fresh perspective and maybe do things a little different than what were used to but have it make us better in the end,” said junior Laila Rafi.

This festival was different than the festivals Treble Clef has been known to take participate in the past.

“This was not a competition, so the level of musicianship among the choirs varied quite a bit. It was also the furthest we’ve ever traveled in one day for a festival,” explained Carlmont choir director Genevieve Tep.

“I thought that we really undestimated our talent as an entire choir, and the festival really showed us how talented we were,” said senior Chloe Sorenson.