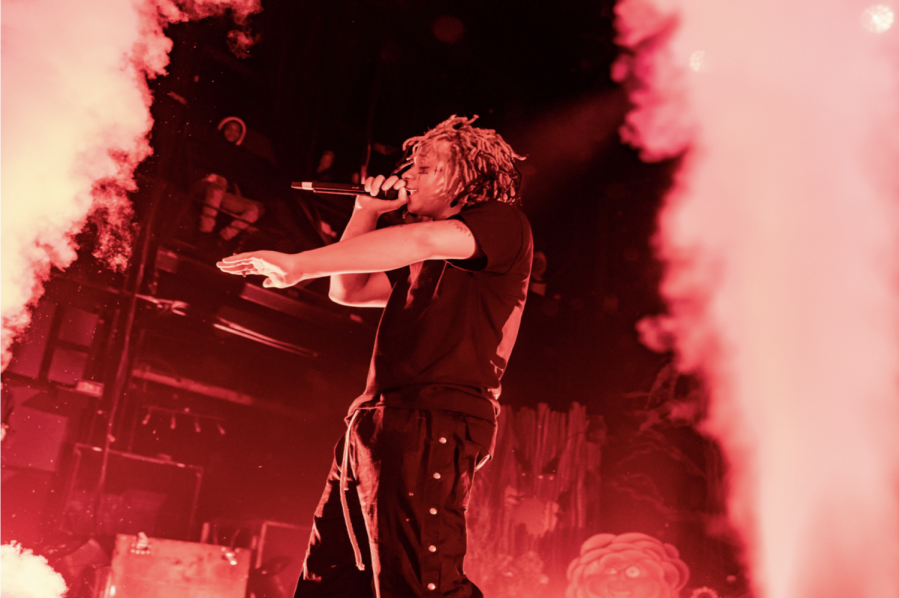 Trippie Redd has released a new single, "Miss the Rage," whose significant marketing push on TikTok has had mixed results.

Rapper Trippie Redd collaborated with fellow artist Playboi Carti for their new single, “Miss the Rage,” which came out on May 7, after arousing hype from the rap community for several months.

Redd went to great lengths to prevent the song from being released early by leakers by paying them $13,000. Additionally, Redd has taken advantage of the support for the song and created merchandise for his fans.

“I heard MTR’s [Miss the Rage] beat on TikTok several times, and I instantly got hooked. Normally, I listen to R&B and don’t explore other genres, so I was shocked that I liked this song. MTR is especially memorable with its looped usage of hi-hats, reverse synth chords, and exotic sounds. When I play video games, the song manages to stimulate me, it supplements the surge of energy I have, and when I blast the song out loud, it fills up the room by brightening me and my friends’ mood. I will definitely be looping this song throughout the summer and look forward to the new album,” said sophomore Max Vano.

The recent popularity of the song has propelled Redd to the top of some billboards, with “Miss the Rage” charting at #24 on iTunes and #2 on Spotify. Alongside creating merch, Redd is capitalizing on the success by creating a TikTok challenge and paying people $10,000 who use the song, helping the song maintain its popularity on the app.

“I didn’t know there was hype for the song, but I wouldn’t say it’s worth any; it’s alright, but it’s not a banger,” said senior Stephen Abbas. ” I usually prefer bass-filled songs, but the bass [in “Miss the Rage”] was just blown out too far on that song. I wouldn’t say I’m capital E excited for the next album, but it could be reasonable based on this song. I’m not a big fan of all the ‘yeahs,’ but the instrumentals are fine.”

While many consider this a decent song, the consensus is that it certainly did not lead to the desired expectations. Although music is subjective, Redd’s advertisement strategy primarily focused on TikTok’s hype, ultimately alienating other communities from getting a chance to hear the snippet of the beat. Nevertheless, the legacy of the song has yet to be determined by the public.

“I think ‘Miss the Rage’ is a unique song; with Carti’s feature and Trippie Redd on the song, I believe that the song is going to pave the way for a new genre of rap,” said freshman Eugenio Garcia.