Trump pushes to reopen economy despite risk to public 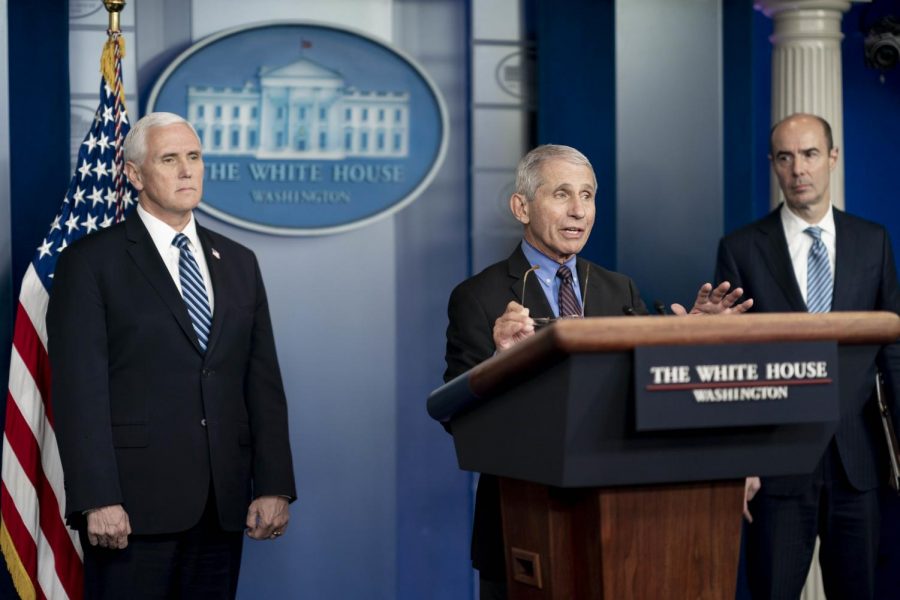 Dr. Anthony Fauci, the nation’s top infectious disease expert, believes that had social-distancing and stay-at-home measures been implemented earlier, many lives could have been saved, despite President Donald Trump’s calls to reopen the economy.

“Obviously, with an ongoing process, you could logically say had mitigation started earlier, lives could have been saved,” Fauci said in an interview with CNN.

While Trump wants to restart the economy by May 1, public health officials say this wouldn’t put Americans back into work, but into danger. Without addressing the COVID-19 testing shortages, or developing more aggressive virus tracking measures, the virus could cause a lot of harm to Americans according to ABC news.

Several governors expressed that they don’t intend to let business reopen until experts suggest it is safe based on data.

In a White House COVID-19 briefing, Trump said he would work with states, and that he believes they are equally as anxious to reopen businesses.

However, according to The New York Times, economic data shows the economy will recover slowly, even if it’s reopened suddenly.

Some governors have begun working together to plan for the future of the economy, Connecticut Gov. Ned Lamont warned against reopening too soon and possibly risking another wave of COVID-19 infections. Texas Gov. Greg Abbott said he would be working closely with the White House on his plan to open Texas’ businesses.

“The reality is this virus doesn’t care about state borders, and our response shouldn’t either,” said Gina Raimondo, the governor of Rhode Island.