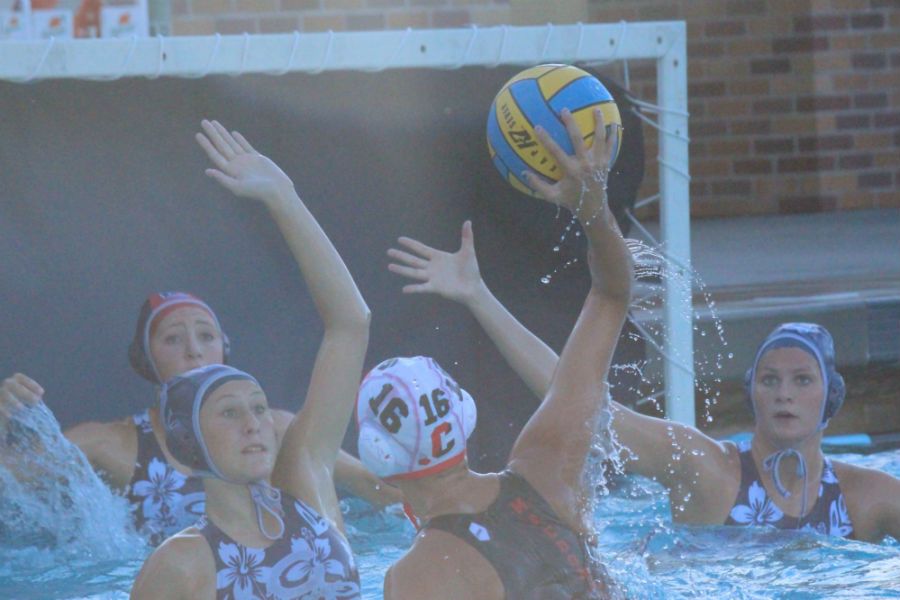 Romani raises her hand to block the shot.

She started club swimming on Palo Alto Stanford Aquatics (PASA) when she was in middle school. Her ability to swim and love of being in the pool led her to pursue water polo her freshman year. Romani ended up making the junior varsity team.

Currently, Romani is the only junior on the varsity Lady Scot’s water polo team. Romani also made the varsity swim team freshman and sophomore year and plans to continue swimming until senior year.

Romani was concerned about the additional workload taking on a second sport would provide, but she decided to take on the challenge before her freshman year began.

“I remember we had practices in the summer, and I was really nervous to play water polo. I’ve never played before, but my background as a club swimmer made it easy for me to get the hang of the game,” said Romani.

Taking on another sport has made Romani become more efficient with her time and forced her to have better time management skills.

“I was afraid that I wouldn’t be able to handle my classes and have practices after school. Ever since I’ve been playing polo, it makes me stay more focused on my homework so I can finish before practice starts,” said Romani.

Junior Amber Liong and Romani became friends when they met on the swim team during freshman year.

“It’s really cool how Clara plays water polo and does swimming. You can tell both sports are a passion of hers,” said Liong.

“I love both sports. I can’t decide which one I like better, the feeling of scoring a goal in water polo or the feeling of getting a new personal best time in a race,” said Romani.