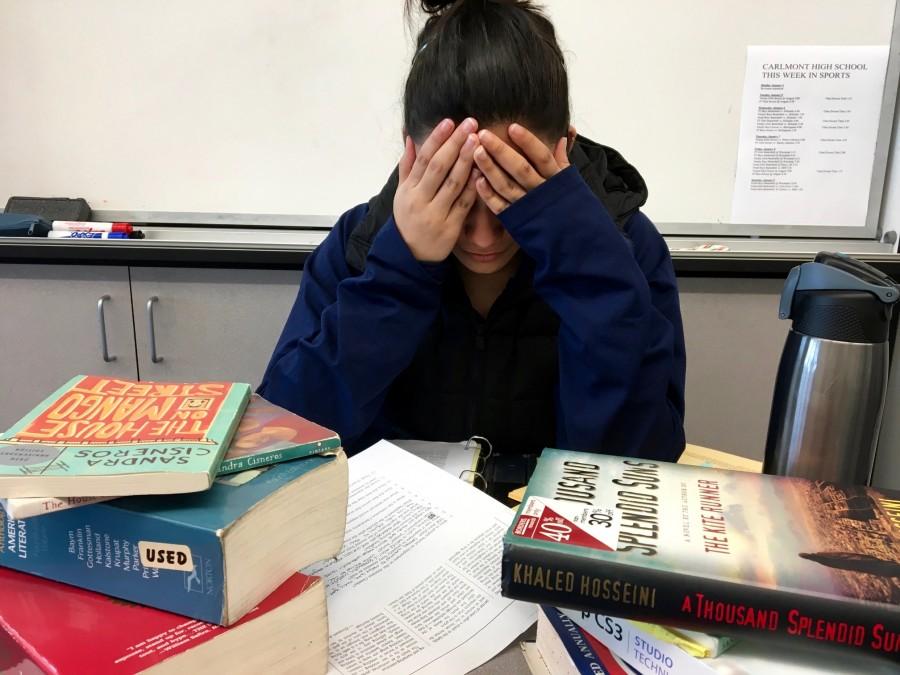 Many students spend a significant amount of time in high school stressing about their options for the future, such as college options.

“They’re better than me.”

These are the thoughts that go through the minds of many students when applying for admission to the college of their dreams.

As the competition for colleges grows, students face more pressure to perform outstandingly in school. Ambitious students push themselves to the breaking points just to be considered for a spot at their ideal college.

The University of California (UC) application process is one that comes with many tasks, some challenging and others simple. One of the most difficult elements of the application process is the personal statement. In two essays that combine to be up to 1,000 words long, students have to convey their personality and interests as well as why they would be a good fit at the UC campus of their choice.

“It’s hard to say exactly what you want in the way you want in around 500 words. I had so much to say about my personal experiences and why I’d be a good fit in the schools. It was hard to narrow it down to be concise and personal to me,” said senior Abby Holbrook.

As stated in the UC Admissions webpage, expression is a key trait the UC is looking for. These personal statements are the time for applicants to show their true personalities and become unique in the view of the board of admissions.

According to the University of California Office of the President, the UC admission rate has lowered consistently over the past few years. As California’s population continues to grow, the decline in admissions from the UC campuses can be a heartbreaking reality to all applicants.

The average UC campus receives around 92,456 in-state applicants per year. However, with an average admission rate of 37 percent, thousands of students are denied every year. Many students find themselves stressed trying to maintain their study habits and sustain extracurriculars.

“People may be worried that if someone else took more advanced classes or got an A in a class that you got a B in, then that other person will get in and you won’t. However, if you worked hard then that’s all you can do,” said Holbrook about the high standards the UC has set for its applicants.

Not only do Californian students have the pressure to have good grades to get into the schools of their choice, but they also face the added competition from international and out-of-state students.

“It is disappointing because you see your kid work so hard to be admitted to the UC of their choice, but they’re declined because of the UC admitting out-of-state students. These kids have good scores on their SATs and GPAs, it’s frustrating that out-of-state schools will take them, unlike the in-state ones,” said Elvira Swanson, the mother of former Carlmont student, Connor Swanson.

“I was shocked when we received the letters of acceptance along with the partial academic scholarships,” said Elvira Swanson.

Even though there are thousands of students who get accepted to the college of their choice each year. there are many more who are declined from their ideal college.