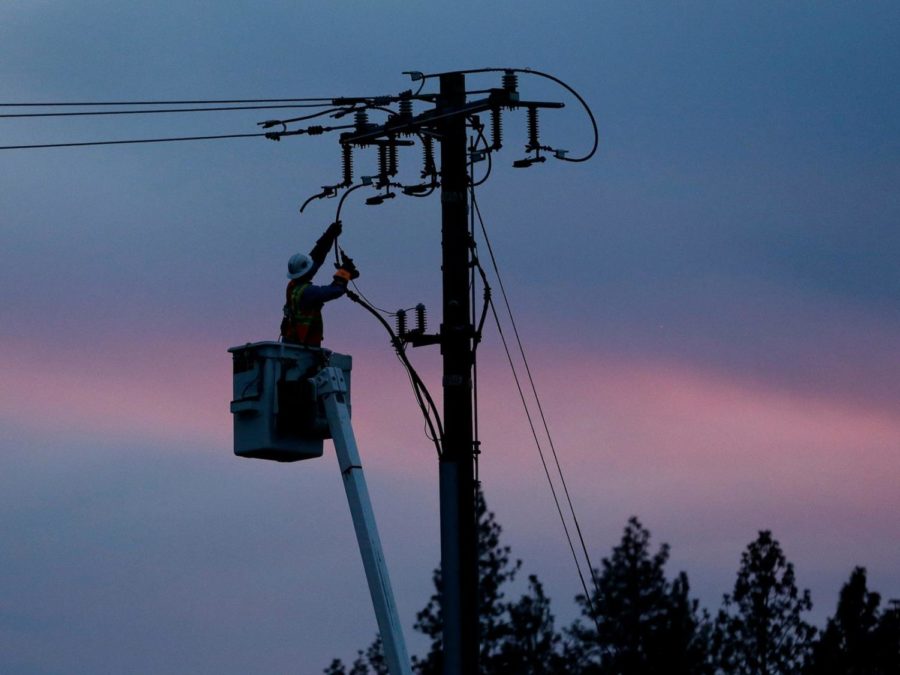 The recent power outages administered by the Pacific Gas and Electric Company (PG&E) have caused inconvenience for Bay Area residents.

In the past two months, PG&E has shut down the power four times due to weather issues. However, their handling of the situation and last-minute communication of where the power outages will take place created uncertainty for many.

“The power outage definitely impacted my family and me a lot. Even something as simple as charging my phone or doing my school work became an arduous activity. My phone lost power on the very first night, so I was unable to access the internet,” said sophomore Katinka Lennemann.

Lennemann was one of the hundreds of thousands left without power due to the Public Safety Power Shutoff events (PSPS). The California power shutoffs occurred in many California counties in Oct. 2019 to prevent the risk of catastrophic wildfires caused by power lines.

According to Business Insider, in the past six years, PG&E has been responsible for over 1,500 wildfires, including the most deadly blaze in the state’s history, the Camp Fire. In Nov. 2018, the Camp Fire killed 86 people and burned 153,336 acres.

Earlier this year, the Kincade Fire, started by a broken jumper cable on a PG&E transmission tower, tore through almost 78,000 acres and forced 180,000 people to evacuate. At the same time, millions were left without power, often for days at a time.

California’s Governor Gavin Newsom commented on this during a press conference about the Kincade Fire.

“We should not have to be here. Years and years of greed, years and years of mismanagement, particularly with the largest investor-owned utility in the State of California, PG&E,” Newsom said. “We will do everything in our power to restructure PG&E, so it is a completely different entity when they get out of bankruptcy by June 30 of next year.”

Along with Newsom, many other residents agree that the blackouts and fires could have been handled better. In the past month, schools have been canceled for days at a time, forcing students and parents to stay home.

Sophie Conti, a freshman at Cal Berkeley, was in the Oakland Airport when they first lost power on Nov. 26. Currently, it is running on generators.

“Back in October, PG&E shut down power for Berkeley, and we got five days off of school. Although it was a break from school, it was really inconvenient and also expensive,” Conti said. “A few days ago, when I was at the airport for a flight, it was so chaotic because there were so many people traveling that day, and flights were delayed for hours.”

For those that call the Bay Area home, these power outages impede many daily activities.

“While it is inconvenient not to have Wifi, the power outages also cut power to appliances such as the refrigerator. Several days without power can mean spoiled food and a loss of money as well,” Lennemann said.

Not only do the power outages cause struggles at home, but they also impact jobs and transportation significantly. A lack of street and traffic lights makes driving on roads after dark dangerous.

This added danger has led many to doubt PG&E’s system for dealing with fire hazards.

“I believe there are better ways than having to choose between having power or fires. For example, gradually moving power lines underground, or even at least having more warnings and areas for people to get power,” Lennemann said.