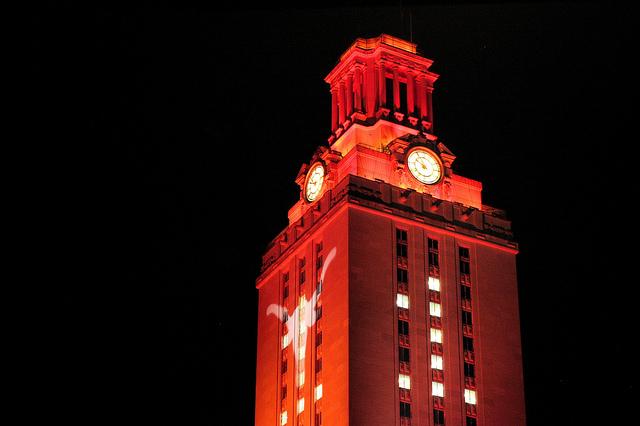 On Aug. 1, University of Texas at Austin will allow licensed gun-holders to carry concealed weapons throughout almost all of campus.

Gun control’s ability to protect schools has suffered a blow.

On Aug. 1, University of Texas at Austin’s gun control on campus will be virtually dismissed as licensed carriers of guns will be allowed to carry on school grounds.

Although the campus has allowed guns on campus for almost 20 years, they have always been banned in classrooms and buildings.  The new law prohibits guns only in dormitories, at sporting events, and in laboratories.

According to ABC News, university president Gregory L. Fenves is strongly opposed to this new law.

However, as a public university, UT Austin is not protected by SB 11 and therefore the president cannot prohibit guns on campus.

“I do not believe handguns belong on a university campus, so this decision has been the greatest challenge of my presidency to date,” Fenves said.

Gun-rights activists call the right to have weapons on campus a “critical self-defense measure,” according to ABC News.

Fenves also voiced his concerns on how his students would react to the new law.

“I have significant concerns about how the law will affect our ability to recruit and retain faculty members and students, but as president of The University of Texas at Austin, I am responsible for adhering to the requirements of SB 11,” he wrote to McRaven.

With these concerns, Fenves pushes to comply with SB 11 while continuing to keep UT Austin a safe learning space.

“I have established the Campus Carry Implementation Task Force led by Dr. Gerald R. Harkins, associate vice president for campus safety and security. The task force will develop guidelines, rules, and practices to comply with the policies contained in the attached document according to established procedures,” Fenves wrote to McRaven.

According to NBC News, the university estimates that fewer than 1 percent of students have gun licenses; therefore, the law will not affect many students.

Now, the decision of whether or not to carry out the new law is in the hands of McRaven and the UT System Regents.

The committee has 90 days to make changes; otherwise, the law will be implemented on Aug. 1, 2016.