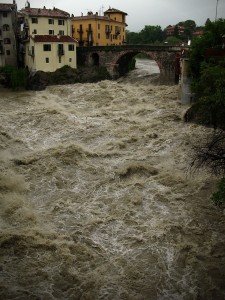 [/media-credit]Dangerous flooding in central and southern Australia continues to wreck havoc after a month of terror.

Throughout numerous flash floods, the death toll has raised to about thirty people. Whereabouts are unknown for about seventy-eight other citizens.

Thousands of people have been forced to evacuate and flee their homes in many cities and towns.

Queensland has been hit the hardest clearing major cities like Rockhampton and Bundagberg.

Most recently on January 11, the capital of the state, Brisbane, was tossed with almost ten foot waves.

The whole town is cleared as traffic lights barely poke out of the deep water. About 20,000 homes were ruined as the water washed through the city.

Geologists predict more harsh weather is to proceed for the rest of the week.

There are shelters where people can find refuge from the storm. Some fire evacuation centers only have room for about 16,000 individuals.

Many hope for the flash flooding  to die down and for people to reach safer places.