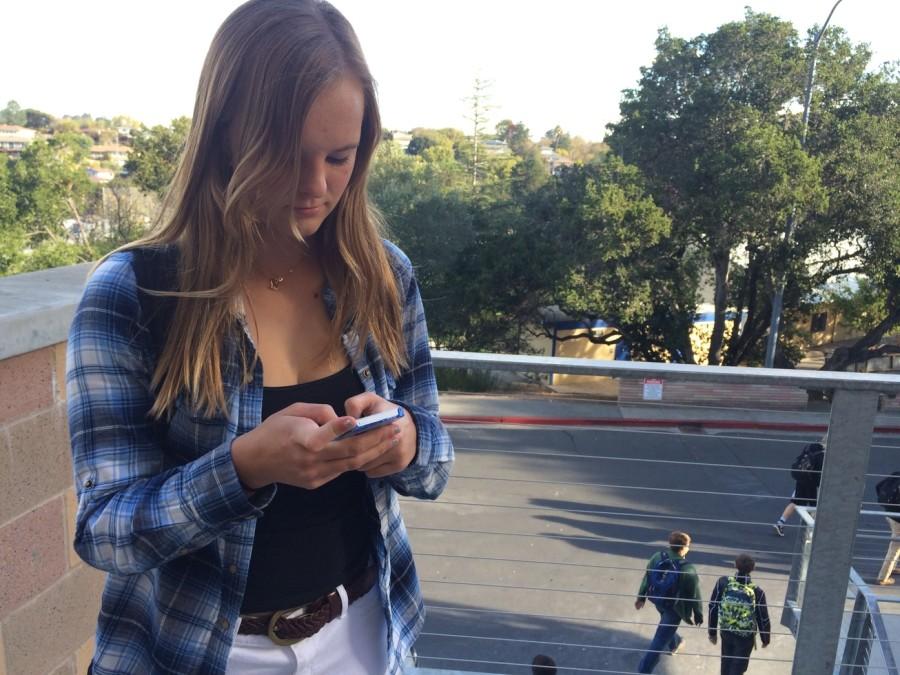 Sophomore Jules Hart continues to use Snapchat regardless of the new policy.

On Oct. 28, Snapchat lured users to update to the latest version of their app by introducing new video filters, such as slow motion, fast motion, and a reverse effect. In order to receive the new features, users had to agree to the new privacy policy and terms of service.

Sophomore Kendall Mantoani said, “The new Snapchat rules makes me hesitant to use the app.”

Prior to the release of the new Snapchat regulations, students at Carlmont used the app. In general, many teenagers are avid Snapchat users. This places many people at risk of having their information and content being released.

In response to the outrage from Snapchat users over the updated rules, the corporation released a statement to clarify the information stated in their updated regulations.

Snapchat Support said, “The Snaps and Chats you send your friends remain as private today as they were before the update. But, it’s true that our Terms of Service grant us a broad license to use the content you create—a license that’s common to services like ours.”

Kimi Eng, a freshman, said  “It’s not okay for Snapchat to be releasing information about their users, but I still plan on using Snapchat because it’s unlikely that they’re going to take my information.”

This is not the first time that Snapchat has placed the personal information of their users at risk of being publicly shared. A few years ago, Snapchat was hacked and the contact information of many users was leaked.

Jules Hart, a sophomore, said, “Snapchat should revise their regulations so that users feel safer when using the app.”

The recent updates to the Snapchat privacy policy and terms of service remind people that the information placed on the Internet is never guaranteed to be private.