Using stress to your advantage

Stress can make you sick and increase risks of everything from the common cold to cardiovascular disease, but what if you see stress as helpful? 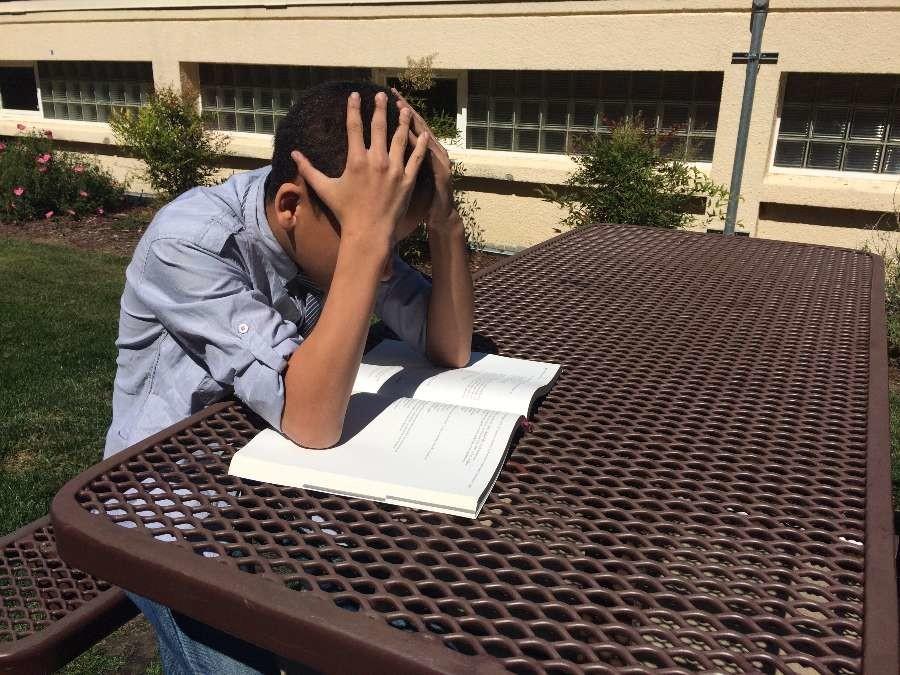 After coming home from school tired and exhausted, you cram in hours and hours of homework, with no time to relax.

Your responsibilities seem overwhelming, but your persistence drives you on.

Yet, right after you begin to relax thinking you have finished your duties, you suddenly remember about the tests waiting for you the next day.

You begin to sweat persistently and become light-headed, while panicking as the rest of your body begins to ache.You toss and turn in bed, waiting for another sleepless night.

Many high school students today are forced into this lifestyle: a cycle of hard work and lots of stress.

“I’ve been having a crazy amount of homework, but on top of that I’ve also been having some tough games in the basketball team, and they end really late. I also try to do at least four hours of volunteering a week for my church, so things can get really stressful for me,” said sophomore Alexa Bayangos.

A new study reported in USA Today has found that five times as many high school students are dealing with anxiety and stress compared to youths of the same age during the Great Depression era.

According to Kaiser Permanente, frequent headaches, dizziness, panic attacks, and vomiting are only some of the many symptoms relating to stress. Stress also increases risk of everything from the common cold to cardiovascular disease.

However, studies have shown that a mere change in perception of stress could save one’s life.

In a study made by the University of Wisconsin, researchers have found that people under a lot of stress have a 43 percent increased risk of dying, but only if they believed stress was harmful.

A similar study from Harvard University showed that people under stress showed constricted blood vessels, but those who were told that stress was a helpful reaction showed no signs at all.

In other words, if you stop being anxious about stress, the body can naturally cope with it in a healthy manner.

Could it be that high school students suffer from stress not because of stress itself, but because of the belief that stress is bad for you?

Instead of seeing it as a harmful reaction, stress prepares your body for action. During a stressful situation, your body helps you rise to the challenge.

“Stress helped motivate me to study more on my chemistry test because I did poorly on the one before that,” said sophomore Sam Perry.

For example, according to WebMD, breathing faster gets more oxygen into your brain to help you think clearly. Sweating keeps your body from overheating, while secreting toxins from your system.

“We’ve established that performance increases when you are under stress, but after a certain point, stress can be overwhelming and lead to a break down. The trick is to assure yourself that things are okay to alleviate some pressure,” said junior Matthew Trost.

Viewing stress as beneficial not only helps you cope with stress, but it also enables your body to deliver a healthy stress response.

During your stress response, your body also releases a stress hormone from your pituitary gland known as Oxycontin.

Oxycontin acts as a natural anti-inflammatory by keeping your blood vessels relaxed, but it also regenerates and heals heart cells from stress-induced damage.

When life becomes stressful, Oxycontin released in your brain revises your social instinct, and urges you to seek support from others.

In addition, Oxycontin also enhances your empathy, and makes you willing to support people you care about.

“Your stress response has a built-in mechanism for stress resilience, and that mechanism is human connection,” said Kelly McGonigal, a health psychologist and Stanford professor.

According to the University of Buffalo, studies show that for every major stressful experience, there is an increased risk of dying by 30 percent. However, this was not true for people who spent time helping and caring for others.

Therefore, human connection and compassion for others have been proven to create a resilience against stress.