‘V’ shows a lack of originality 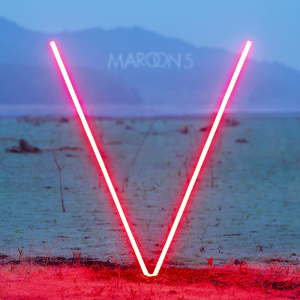 The album has the same distinctive easy-going pop sound that Maroon 5 is known for because of lead singer, Adam Levine.

But it also uses a lot more electronic sound than previous albums such as “Overexposed” and “Hands All Over.” The amount of electronic can almost be compared to the amount the band Owl City, categorized under the electronic genre, uses in its music.

The lyrics seem to have the same theme as most pop songs in today’s industry: relationships and significant others.

Levine shows off his fantastic falsetto range in the majority of the songs on the album.

Two hit songs, “Animals” and “Maps,” have come from “V.” They gained popularity recently, although “V” was released at the end of August this year.

This album is the fifth album that Maroon 5 has released since their start in 1994. The band started under the name Kara’s Flowers but then changed it to the well-known name “Maroon 5” in 2001.

On the album there’s also a song featuring Levine’s fellow judge on The Voice, Gwen Stefani. The song “My Heart is Open” doesn’t have the electronic sound that the rest of the album has, but instead uses piano and string instruments to give a more emotional feeling to the song.

On the deluxe edition of the album is a cover of the song “Sex and Candy,” which was originally sung by Marcy Playground and also covered by the band Nirvana.

Overall, the album is filled with generic pop songs and houses a few gems such as “Animals,” “Leaving California,” and of course “Maps.” It’s an easy album to listen to. But after listening to the entire thing once, you may only want to listen to the better songs of the album.

Hopefully Maroon 5 will bring more originality to their next album.