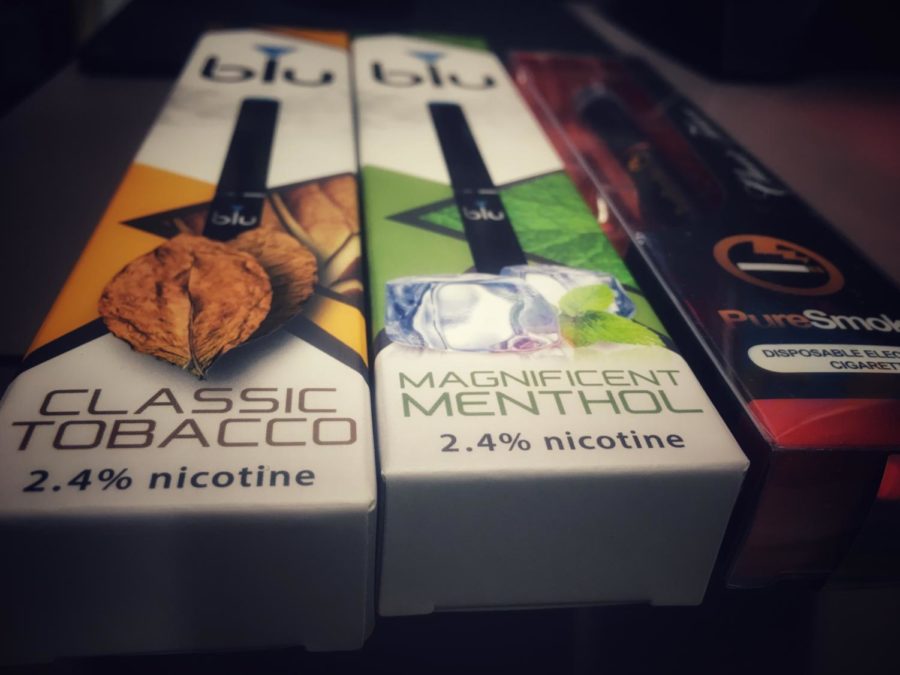 Carlmont Liquors, an outpost located in Carlmont Shopping Center, sells alcohol as well as tobacco products. The e-cigarettes in the store include those of manufacturers like blu and Pure Smoke.

Over the past decade or so, people around the world have begun the transition from traditional cigarettes to e-cigarettes, a supposedly “healthier” and “more environmentally-friendly” way to smoke. Although the product was aimed at people over 21 years of age, kids and teenagers alike are being infected by the appeal of the products.

Carlmont High School is not immune.

Nowadays, it is shockingly easy for a minor to obtain a nicotine-delivery device, whether it’s online, from vape shops, convenience stores, or other friends.

Juuls and vapes specifically have gained popularity over the years due to the fact that they are easy to conceal and pack the same punch as regular cigarettes.

“For a kid smoking marijuana in a pipe or a blunt, […] you are going to have different signs and symptoms versus a kid that has a vape in their pocket, you are not going to smell it. So now that people are learning they can have a device on them that’s going to still carry the same effect as weed, but they go unnoticed as far as smell, […] we are starting to see it a lot more,” said Eric Gonzales, the Student Resource Officer for Carlmont and Notre Dame High Schools.

As the officer on campus, Gonzales works hand-in-hand with the administration to crack down on students in possession of vapes and talk to them about the consequences of having the device on campus, as well as the health risks.

Despite the fact that Gonzales cannot charge anyone with a crime if they have a vape, California State Education Code 48900, subsection “h” prohibits the possession or use of any such device.

A lot of the time, kids buy vapes thinking it’s just harmless water vapor if they don’t put any substance in it.

“With vapes, you can get the pods and cartridges with or without nicotine […] Vapes are only just for fun tricks. They don’t do anything to you,” Sam Wilson* said.

However, according to Still Blowing Smoke, the supposedly “harmless” water vapor is harmful even without the nicotine. E-cigarettes emit an aerosol that can cause respiratory problems. The devices also carry propylene glycol or vegetable glycerin, liquid carriers for nicotine, which are safe to eat, according to the Food and Drug Administration, but not to inhale. Samantha Gingher, Carlmont’s health aide, also noted vaping can cause ulcers in the esophagus and have been known to blow up.

The particles produced by nicotine-delivery devices don’t only affect the smoker, but those around them as well, especially in an environment intended for learning.

“The only reason why I think people vape or Juul in class is so they can get a reaction out of their classmates. Personally, I don’t have anything against people who vape or smoke, but I think doing it during class is wrong,” Alex Smith* said.

According to Grant Steunenberg, one of Carlmont’s administrative vice principals, a lot of students were taking advantage of the bathrooms like those in U-hall that are not as easily monitored on a regular basis. Although there is no confirmation of the connection, the U-hall bathrooms are currently closed after lunch until further notice.

If there is reasonable suspicion that a student may have a device on campus that is against the Education-Code, administrators have the right to search that student as well as their belongings and locker.

Steunenberg also says that Carlmont has taken further precautions including a presentation given by the administration to bring awareness to e-cigarettes so teachers know what to look for.

Despite the proactive attitude at Carlmont, students vaping on campus will most likely continue to be a problem.

“Nicotine is still addictive; it’s still a drug, and it’s one of the most addictive drugs known to man,” Steuenenberg said.

Although it was intended to help adult smokers quit, vaping has found its way through the generations. When smoking combustible cigarettes were invented, no one knew the consequences, and consumers paid the price. Today, we are faced with a new kind of smoking. The question is, will we make the same mistake again? 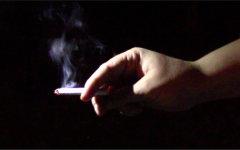 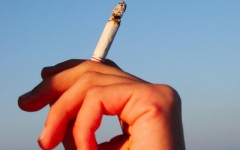 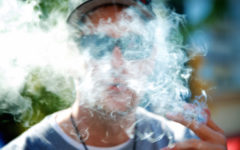