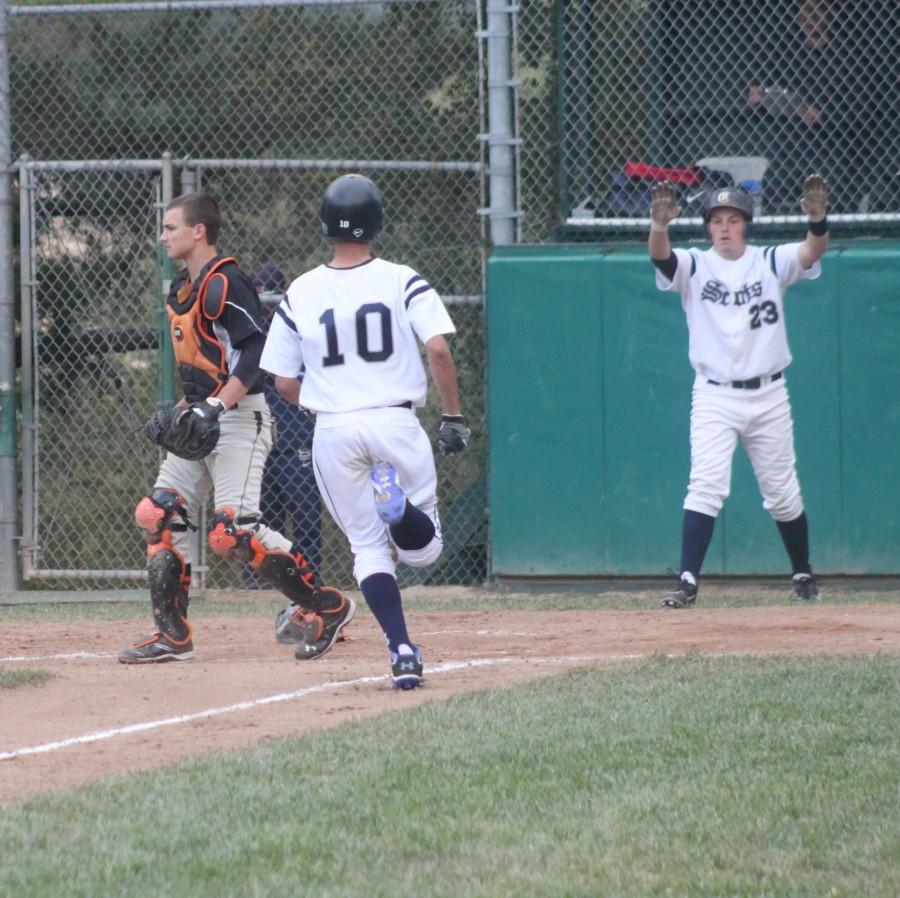 Nick Rich cheering as one of his fellow teammates comes home

Two seniors on the Scots varsity team, Johnathan Corvello and Nick Rich, have played baseball at Carlmont since their freshmen year. Playing baseball for four years with pretty much the same group of players allows for friendships and memories to be made.

Both Corvello and Rich said that winning the Pacific Athletic League championship was the most memorable thing in their four-year career at Calrmont.

Corvello said, “There was a lot of memorable things about playing on the team, but probably just winning the first PAL championship, because at the end, it was pretty stressful since we had to win the last four games in order to come in first. The team pulled together.”

Rich stated that his favorite part about playing baseball at Carlmont was “all of my teammates because they became new friends and I got to hang out with everybody.”

But leaving Carlmont doesn’t mean the end of baseball for these two seniors.

Rich said he will be playing baseball at Menlo College and “got scouted by the coach” to play there.

Corvello explained that he didn’t get scouted to play baseball at UC Berkeley. However, he said, “I’m going to try to do a walk-on, so if I can, I will [play baseball].”

Corvello explained that a walk-on is when “a coach hasn’t recruited you or anything so you just go to the school and walk on and try out. Usually it’s formal, so you have to contact the coach before to make sure it’s okay to try out, but they weren’t thinking of you before so you’re going to just try out.”

Corvello and Rich will be missed. They will also miss being apart of the team.

Corvello will “miss the coaches, the players, and just being up at the field every day after school.”

Corvello’s advice to underclassmen who are on one of the baseball teams at Carlmont or or who are looking to try out is to, “Workout, work hard, and do the pre-season workouts and everything because that definitely helps when you get into the season because you’re already rolling and in the swing of things.”

Carlmont was only the beginning of Corvello and Rich’s baseball careers. They are bound to do well in the future and will be greatly missed.