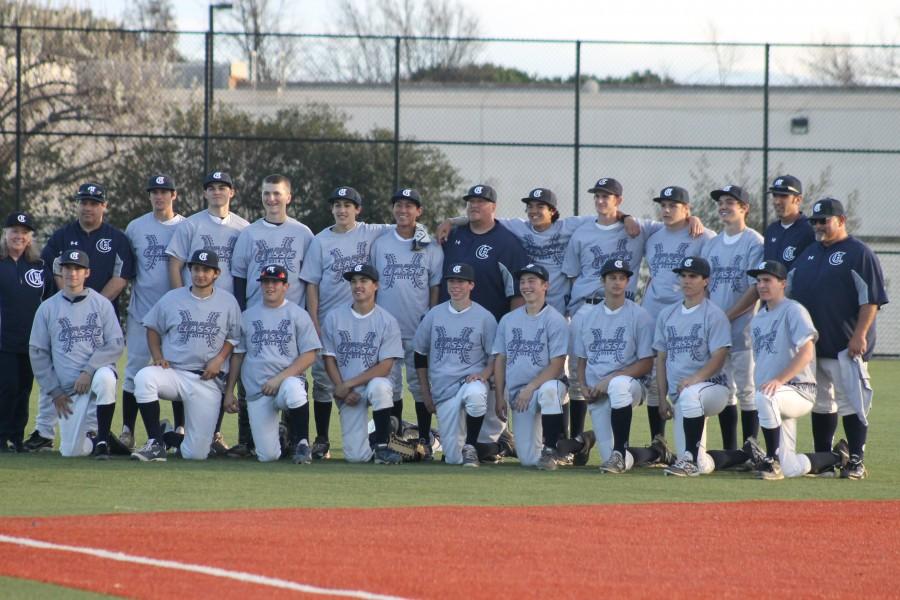 “We put runs on the board when we needed to,” said outfielder Julian Billot.

Billot couldn’t have said it any better. For the third year in a row, the Carlmont Varsity Baseball team won the championship game at the annual Michael De Jesus Tournament in Milpitas.

“We [were] on the right side of it,” said head coach Rich Vallero. “[The game] turned out pretty good.”

The bats came alive in the second inning.

In the top of the second inning, pitcher Matt Seubert ran down a runner for the second out, allowing a run to score. With no runners on base, third baseman Aaron Albaum threw out the next batter for the third out.

Carlmont started off their hitting streak with Albaum hitting a hard grounder to shortstop. With one out and a runner on base, shortstop Aaron Pleschner had a solid bunt and, with an error on the first baseman, was safe at first with Albaum scoring the first run for Carlmont.

First baseman Joe Pratt continued the streak with a single past second base, followed by catcher Connor Loucks being hit by a pitch, loading the bases.

Billot crushed a shot to the right center gap for a 3-run double, advancing Carlmont to a 4-1 lead.

“After the first at bat, I had all the confidence,” said Billot. “The rest was just seeing the ball good.”

Seubert took control of the next three innings with four strikeouts and a strong defense behind him.

The score remained the same until the fifth inning, where Billot hit a single to center field with two outs. Second baseman Kyle Barret kept the streak going with a single to first, scoring Billot for the final run of the game.

“We played great defense and had timely hitting,” said Seubert. “Everyone did their job.”

The game finished with a strikeout by Seubert, ending with a final score of 5-1.

The team received t-shirts for their victory and cheers from the fans as they posed for their team picture.

“We’re all working hard, and [we] all want to win,” said Seubert. “We’re a family, and we play for each other. Right now, we’re doing great, and can’t wait to play our next game.”

Carlmont’s next game is on March 8 against Riordan at 11 a.m.