Varsity basketball start their season with high hopes and energy 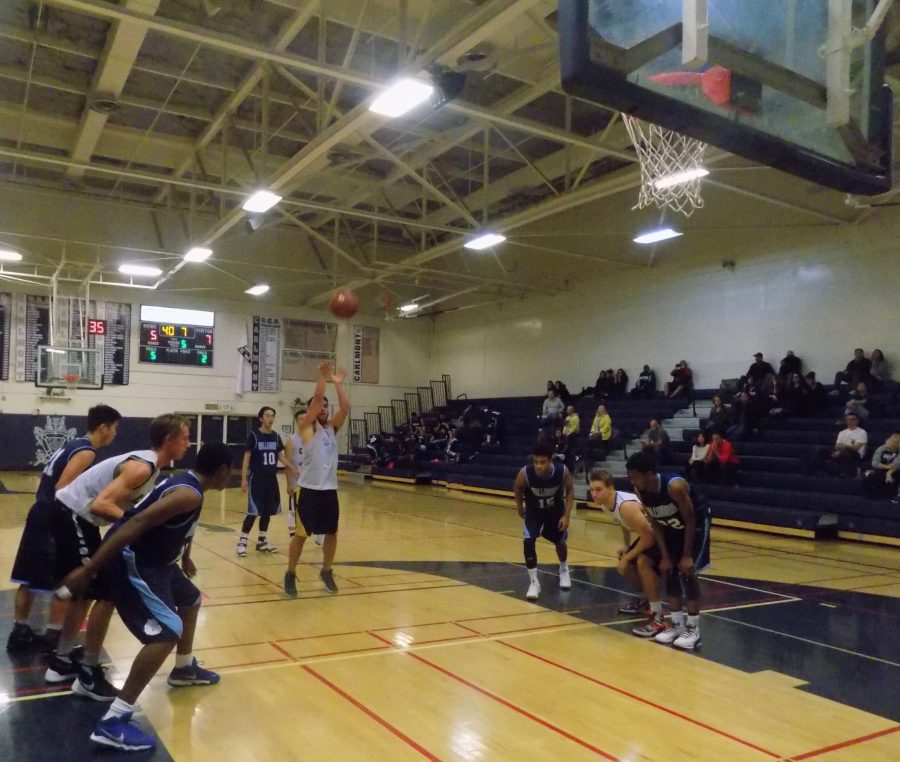 Boys basketball begins their highly anticipated season with a scrimmage against Wallenberg high.

All though the score was erased at every quarter, the Scots high energy and domination on the court was evident.  If the scrimmage was any indicator of the rest of the season then the team is in good shape to improve on the 3-9 record of last season.

“We are hoping to beat Menlo-Atherton and Sequoia and make C.C.S this year,”said senior Jacob Lloyd.

With the majority of last year’s team graduated, starting opportunities have been given to new and younger players including sophomore Sho Takahashi.

“We’ve been practicing every day for two and half hours for a few months and we know what we need to work on. The team has really high energy especially when Demarii Blanks and Lucas Billot start yelling and I’m excited to see how the real season will turn out” said Takahashi.

Throughout the scrimmage-heavy emphasis was placed on communication and backcourt defensive to help shut down Wallenberg and maintain position. The game plan was effective with Carlmont  in the lead for the majority of the quarters.

“I played pretty well today. I shot and passed the ball pretty well. The teamed overall played great, with consistent energy and we got into a good overall rhythm” said senior Greg Lau.

The Scots are still very humble and realize that there’s a lot of technical improvement needed before their first game against Mills in January.

“We need to work on things like jumping into the ball, defensive positioning, taking a charge and staying on the ground,” said head Coach Patrick Smith.

Overall the team shows promising characteristics and with only a few more months left of pre-season anticipation is steadily growing.

“Going forward there is a good mix of older players and younger players. We will go through some growing pains, but I think it will be a high energy group with a lot of intensity and energy out on the court” said Smith