Varsity girls lacrosse send their seniors off with a strong win 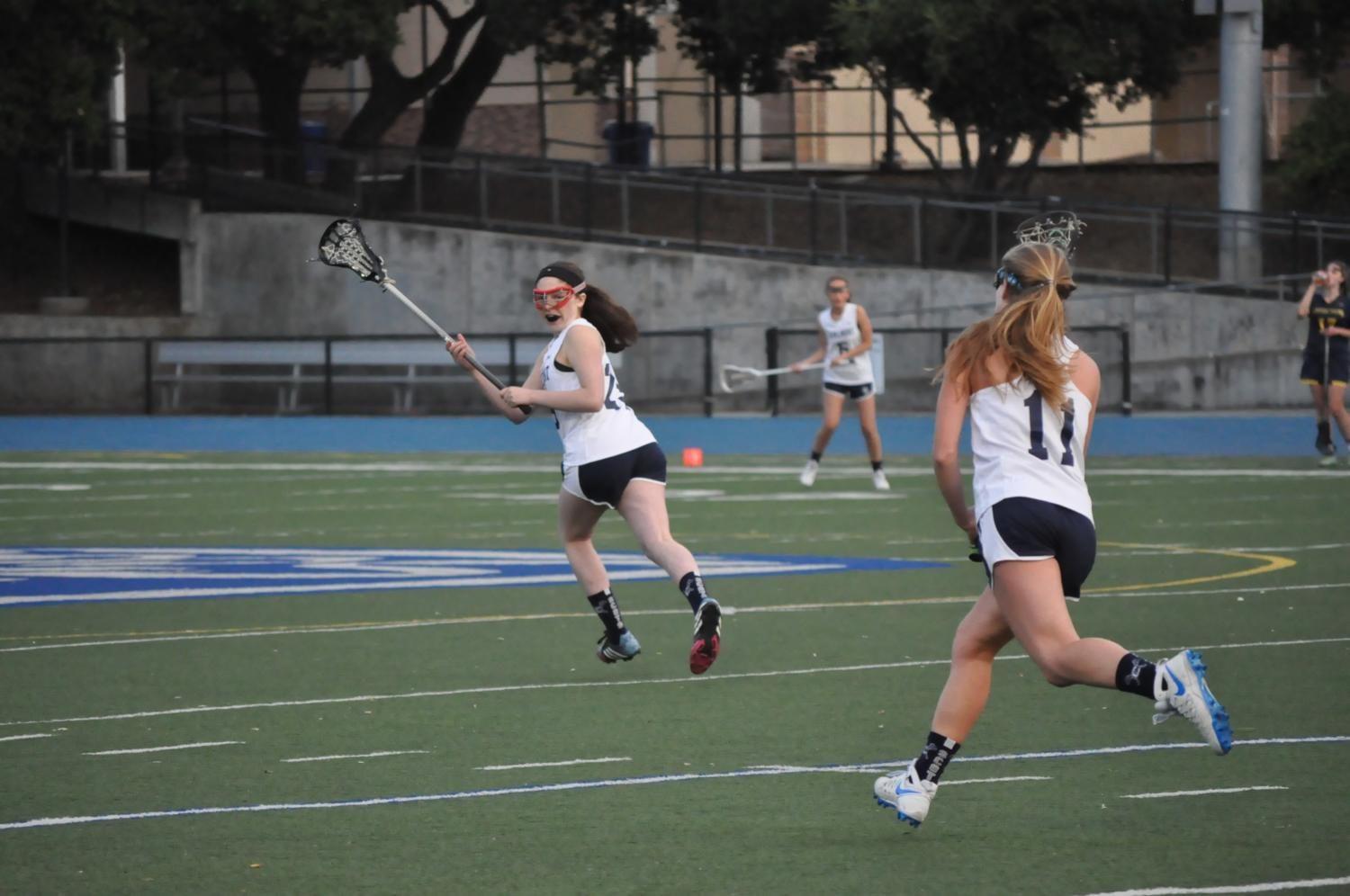 It was quite a sendoff, with the team trampling the Notre Dame Tigers 18-1 to end their already strong season.

“This game was really special because this team came together four years ago, and now we are playing in our final game together,” said Caroline Concilla, a senior. “It was a very sentimental event.”

Six families gathered on the field before the game, smiling as their daughters were called individually by Coach Alex “Sarge” Grauke to be recognized for their dedication to the program. The seniors were each handed a basket full of souvenirs, candy, and flip-flops. The team and the fans cheered as the girls took pictures with their parents, the coach, and Monty.

“It will be hard to see the seniors go because over the course of the two seasons I’ve been here, I’ve gotten to be friends with most of them,” said Katie Hill, a sophomore. “It’s always hard to see a friend go.”

The game began after the festivities and a loud cheer led by Nour Zabaneh, a senior. This hectic excitement dazed the Scots in the first 15 seconds, allowing the Tigers a goal, but that would be all for Notre Dame. Carlmont would come back and rattle off 12 goals in the first half alone without an answer from the Tigers.

Carlmont came out of the half strong and scored six more goals before the night was done.

“I think we played really well as a team tonight. Everyone contributed to the game and we made good connections,” said Caroline Conway, a freshman.

The spirits were high the entire game, and the cold weather could not faze the players or the large body of fans that arrived to watch the game.

“There were a lot more people at the game tonight than normal since it was senior night. The support helped bring the energy of our team up a lot,” said Hill.

The Scots will now enter into the playoffs against Aragon.

“Our team definitely has the skill to win playoffs, but it will be a challenge,” said Conway.

A championship win for the Scots would be the icing on the cake for the seniors following a great season.

“It’s kind of sad to think that this is our last season game,” said Concilla. “I had always wanted to be on a really good private school team, but this team was much better because I learned how to lead.”

It wasn’t just the graduating seniors on the team who were upset that this was their last game, but all the players.

“It’s been great playing with the seniors.  They’ve been super supportive and welcoming and I’m glad I got to meet them,” said Conway.

In order to keep playing together, the Scots need to keep winning. The next game is Tuesday night against Aragon.