An unforgettable night for seniors 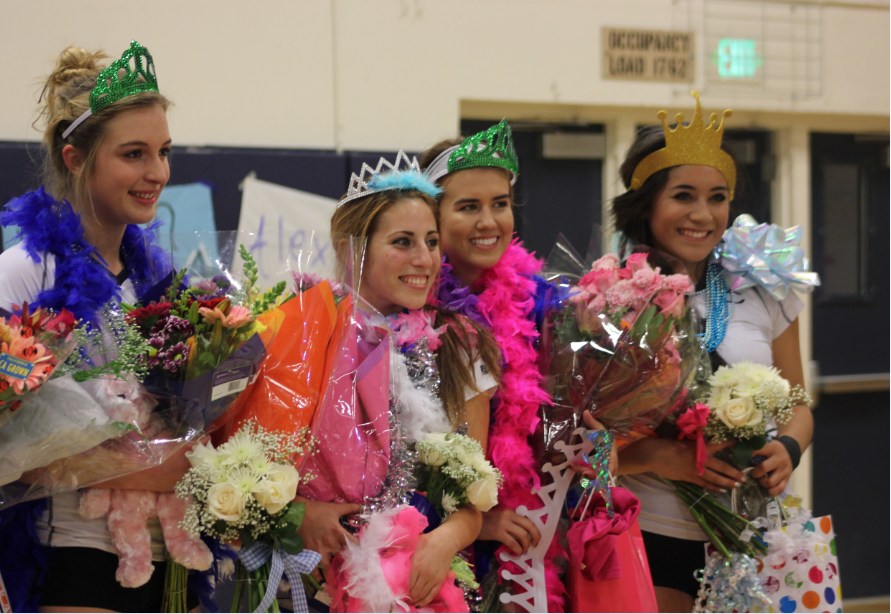 Emotions ran high during the last senior home game, but that did not stop the Lady Scots from losing focus and defeating the San Mateo Bearcats.

The Lady Scots quickly got their heads in the game and defeated the Bearcats in three short sets.

With pre-game celebrations like decorating the gym and showering the seniors with flowers and gifts, the Varsity Volleyball team made sure to give their graduating teammates a night to remember.

The Lady Scots fought hard to grab a victory for their seniors. Coach Chris Crader said, “The goal of senior night is always to win for the seniors and we definitely played our hardest for them.”

In the second set, Carlmont once again dominated the floor with Lauren Tierney’s setting and Natalie Tussy’s serves, winning the set with a score of 25-15.

In the last and final set, a team effort led by Mia Hogan’s consistent hitting pushed the Lady Scots to victory for the graduating seniors.

Hogan really “stepped up and hit the ball well, she was definitely one of the key players in the game tonight,” Crader said.

What stood out the most in the game was the love for each other the girls’ share that make the team feel like a second-family. Plenty of senior classes at different high schools can say they’re tight-knit. These seniors take that term to a whole new level.

“The amount of love the seniors have for their team really shone through. They’re great volleyball players as well as great people,” Crader continued to say.

“We all had fun, and I’ll miss the memories I’ve made with my girls. I can’t imagine not playing volleyball in college,” Amelia Tupou said.

Tupou continued, “I’m really sad, it came by a lot faster than I thought it would. I love these girls so much. I’ll really miss it alot.”

Roces said, “I’m sad to be leaving my girls but I’m happy we made it to playoffs. I’m going to continue playing volleyball for as long as I can.”

“Nobody deserved it more than the seniors did– to have a successful night on senior night,” said Crader.