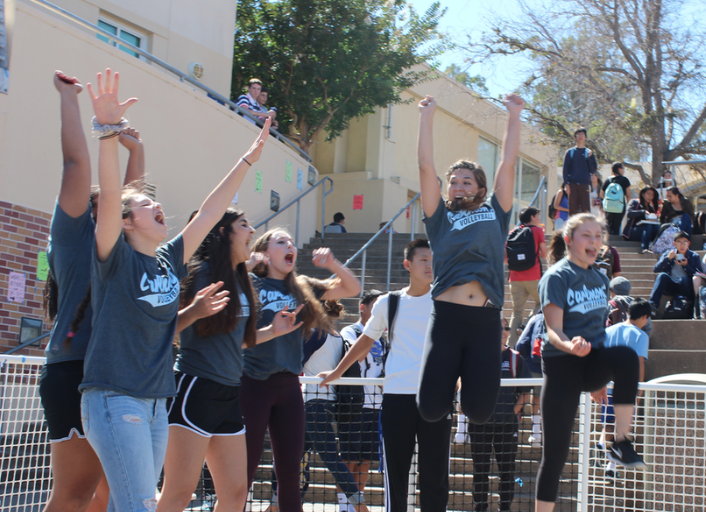 Senior Elena Mateus dove for the chair, but it was too late. Someone from the other team snatched it and Mateus fell to the ground, but she got up and continued to play hard.

This was just one example of Varsity Volleyball’s passion during the first round of Carlmont Cup against Advanced Dance.

Junior Erin Wise said, “I think we played really well. We were super intense, and it just shows how competitive we are and how hard we work in [volleyball] practice and in games. I can’t wait to play against the people in the next round.”

After winning the shoe toss game as well as musical chairs, the volleyball players will be advancing to the next round in the coming week.

Senior Taylor Murray said, “I think it was really fun, but Advanced Dance could have stepped it up a little bit. Our team was a little weak and not the most competitive. Volleyball gave us a really good round, and they’re competitive, so they played well.”