Victorious in PALs for the first time 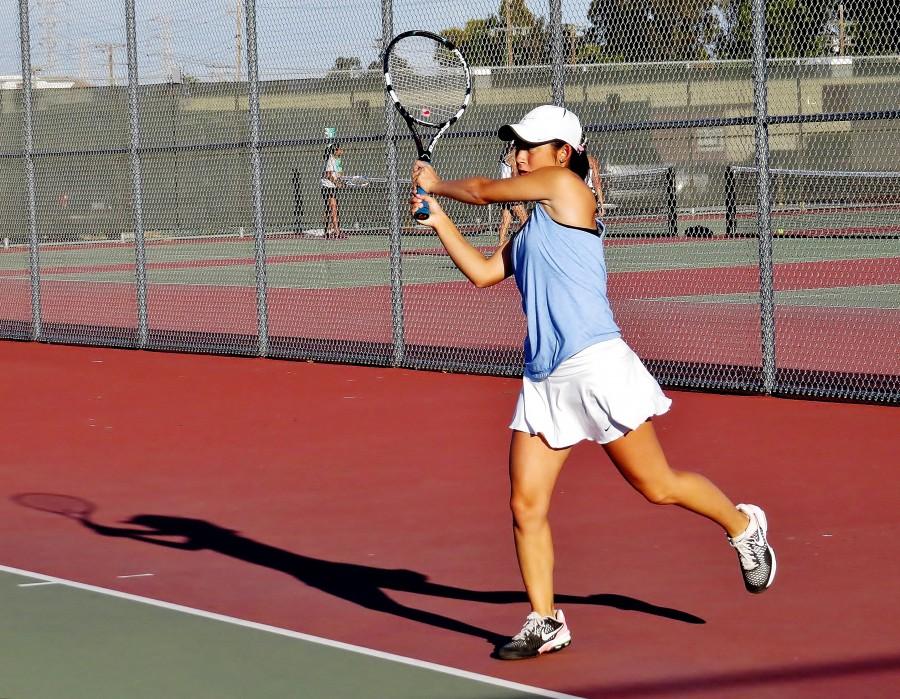 Another victory over San Mateo Bearcats leads the Lady Scots to being the first time ever co-champions in the  Pacific Athletic League (PAL).

Coach Amina Halsey of the girls tennis team said, “We have played San Mateo before and won 7-0, and with regards to being league champions this is the first time ever in the Bay Division.”

Lady Scots are now co-champions with the Hillsdale Knight for the first time in Carlmont’s history.

Knights and Scots have had a challenging past that always ends up with a close overall score. They were the opponents Carlmont would face knowing it will be their greatest challenge.

Freshman Snehal Pandey played a singles match and said, “My score was 6-3 and 6-2. I felt very confident going into my match, we have played them before and won 7-0, this time around I started hitting harder to be more effective while playing my opponent.”

The Bearcats put up a fight, but the Scots pulled through, winning all their matches against them.

Doubles matches played by Morgan Watson and Michelle Guan had a score of 6-4 and 6-4. Watson said, “We felt confident going into the match and in the future need to work on our communication a little more, but overall it went very well.”

Pareesa Darafshi and Cassidy Sobey were also victorious in their doubles match with a score of 6-1 and 6-4.

The next challenge the tennis girls will be facing is the individual playoffs that will begin Nov. 5 through Nov. 7 which includes both singles and doubles matches.